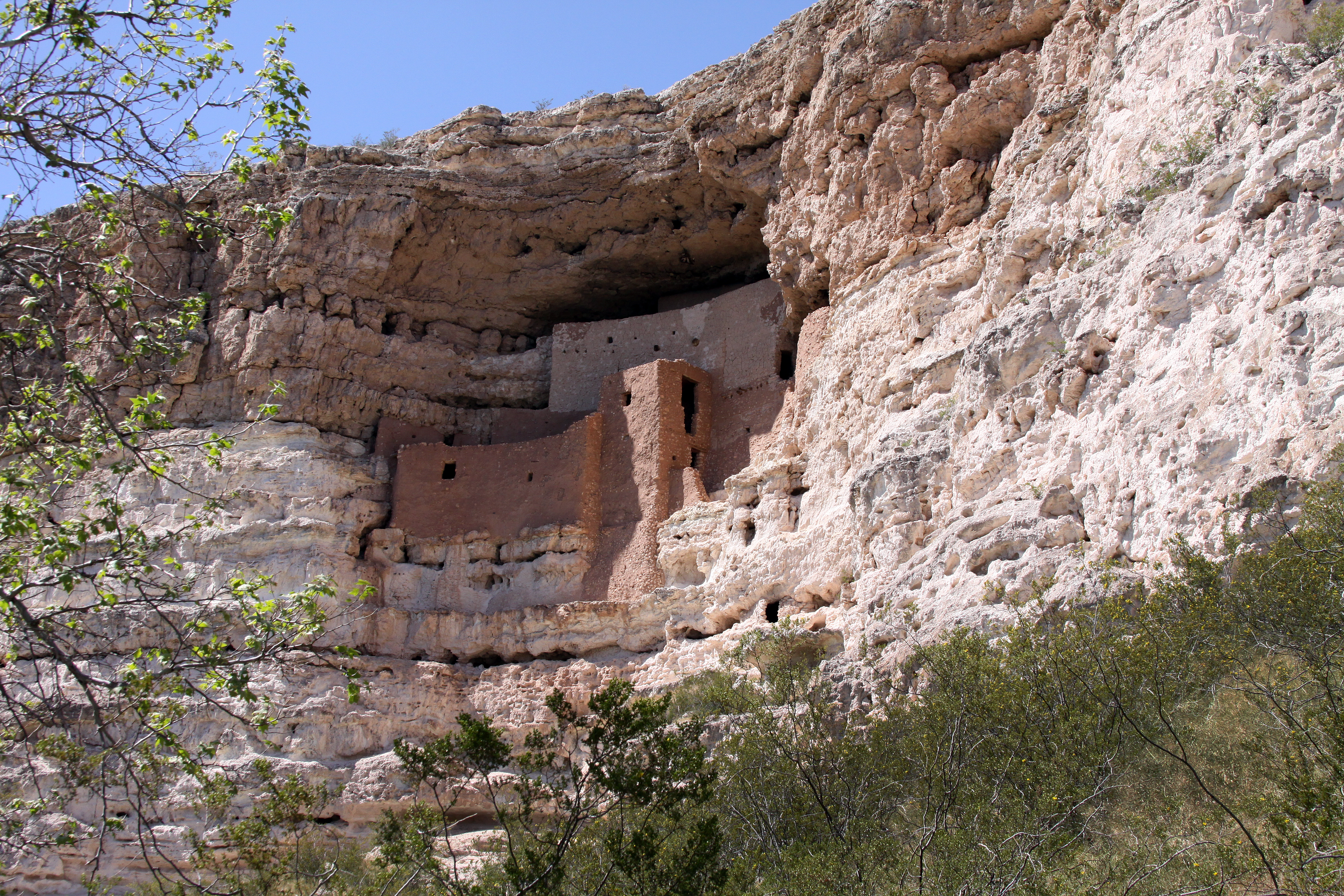 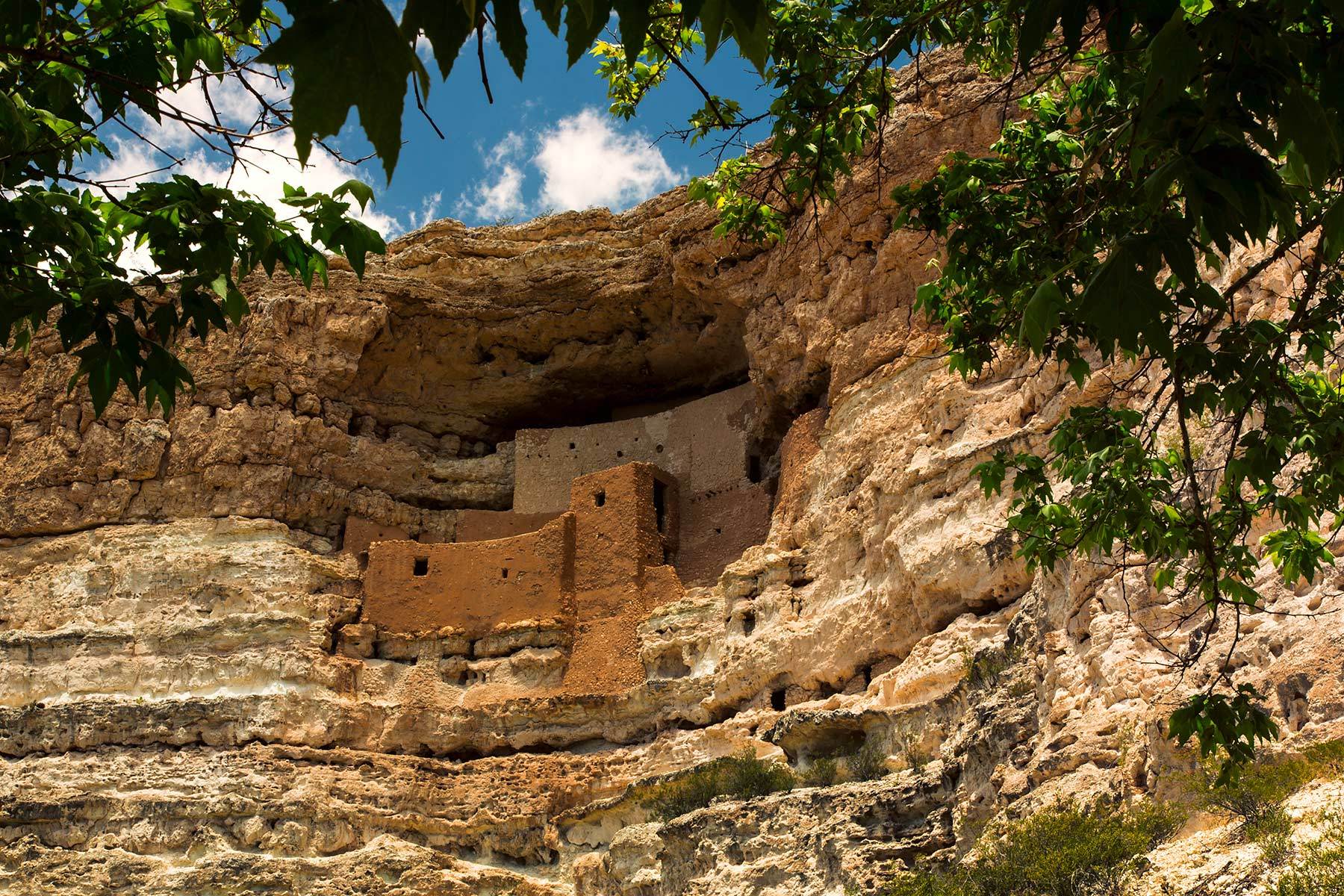 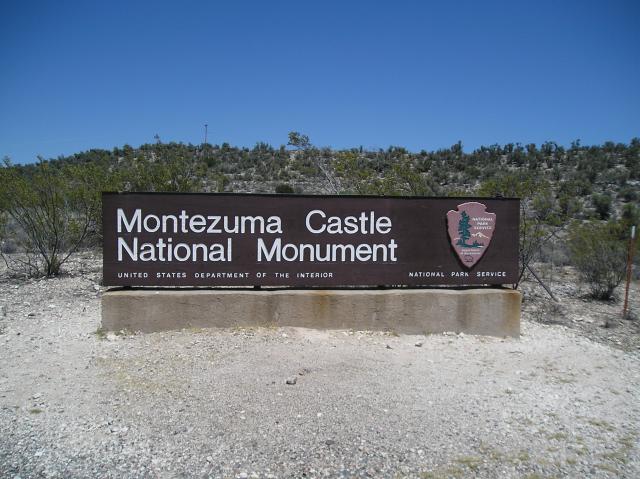 Montezuma Castle National Monument were built and used by the Sinagua people, a pre-Columbian culture closely related to the Hohokam and other indigenous peoples of the southwestern United States,between approximately 1100 and 1425 AD. The main structure comprises five stories and twenty rooms, and was built over the course of three centuries. Neither part of the monument's name is correct. When European-Americans first observed the ruins in the 1860s, by then long-abandoned, they named them for the famous Aztec emperor Montezuma in the mistaken belief that he had been connected to their construction (see also Montezuma mythology). In fact, the dwelling was abandoned more than 40 years before Montezuma was born, and was not a "castle" in the traditional sense, but instead functioned more like a "prehistoric high rise apartment complex". Several Hopi clans and Yavapai communities trace their ancestries to early immigrants from the Montezuma Castle/Beaver Creek area. Clan members periodically return to these ancestral homes for religious ceremonies. Montezuma Castle is situated about 90 feet (27 m) up a sheer limestone cliff, facing the adjacent Beaver Creek, which drains into the perennial Verde River just north of Camp Verde. It is one of the best-preserved cliff dwellings in North America, in part because of its ideal placement in a natural alcove that protects it from exposure to the elements. The precariousness of the dwelling's location and its immense scale - almost 4,000 square feet (370 m2) of floor space across five stories - suggest that the Sinagua were daring builders and skilled engineers. Access into the structure was most likely permitted by a series of portable ladders, which made it difficult for enemy tribes to penetrate the natural defense of the vertical barrier.[7] Perhaps the main reason the Sinagua chose to build the Castle so far above the ground, however, was to escape the threat of natural disaster in the form of the annual flooding of Beaver Creek. During the summer monsoon season, the creek frequently breached its banks, inundating the floodplain with water. The Sinagua recognized the importance of these floods to their agriculture, but likely also the potential destruction they presented to any structures built in the floodplain. Their solution was to build a permanent structure in the high recess afforded by the limestone cliff. The walls of Montezuma Castle are excellent examples of early stone-and-mortar masonry, constructed almost entirely from chunks of limestone found at the base of the cliff, as well as mud and/or clay from the creek bottom. The ceilings of the rooms also incorporated sectioned timbers as a kind of roof thatching, obtained primarily from the Arizona sycamore, a large hardwood tree native to the Verde Valley.