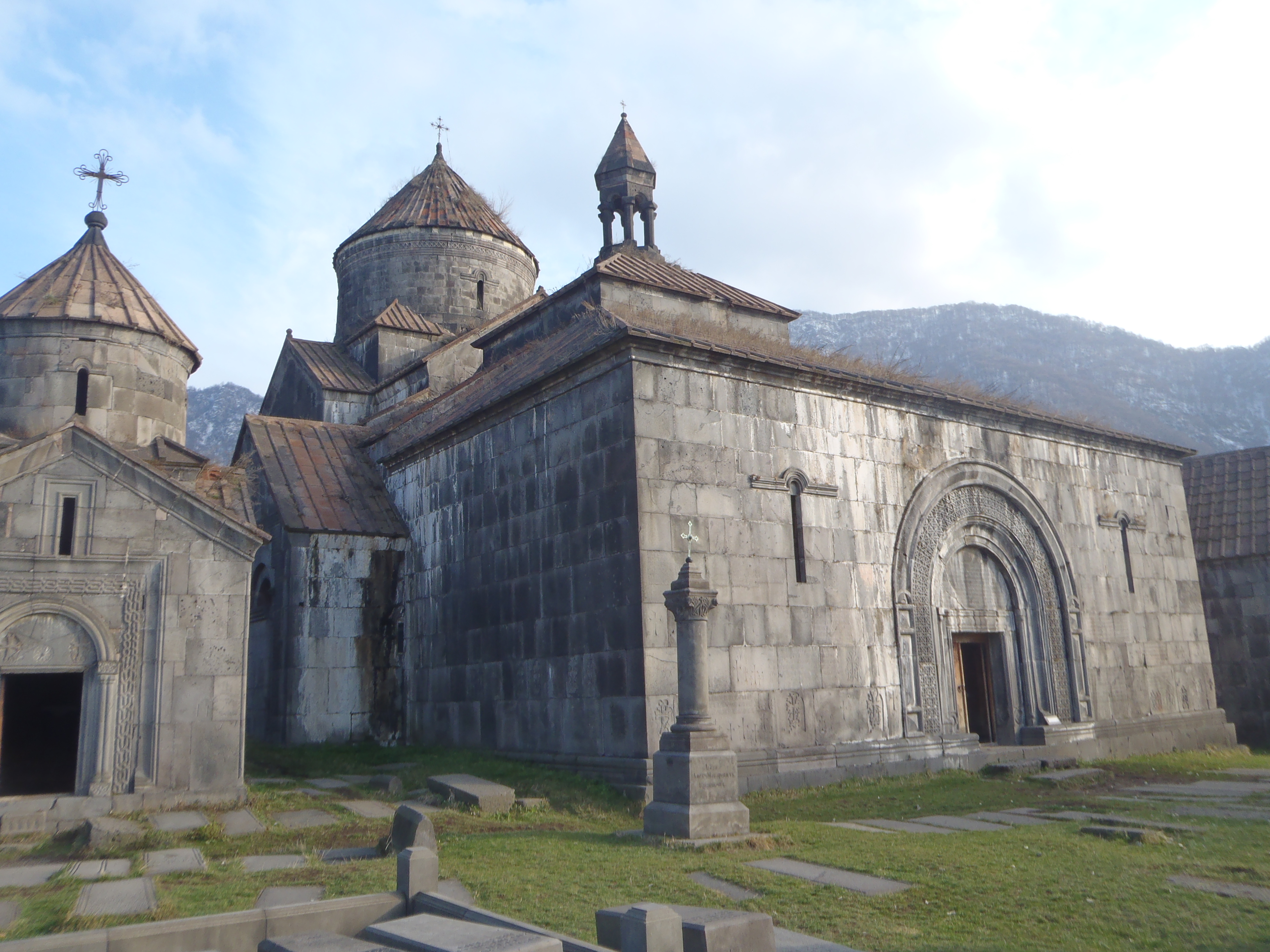 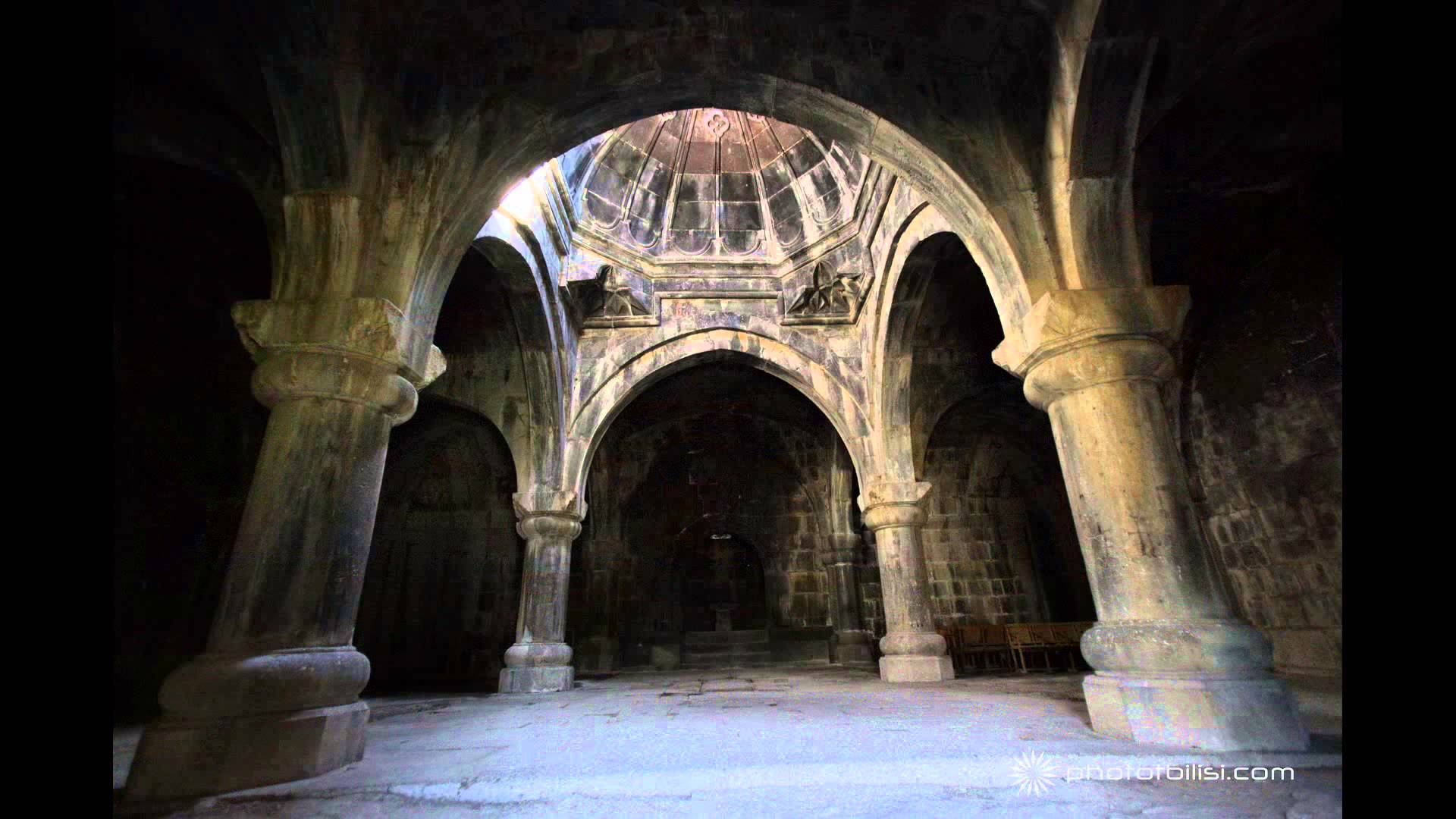 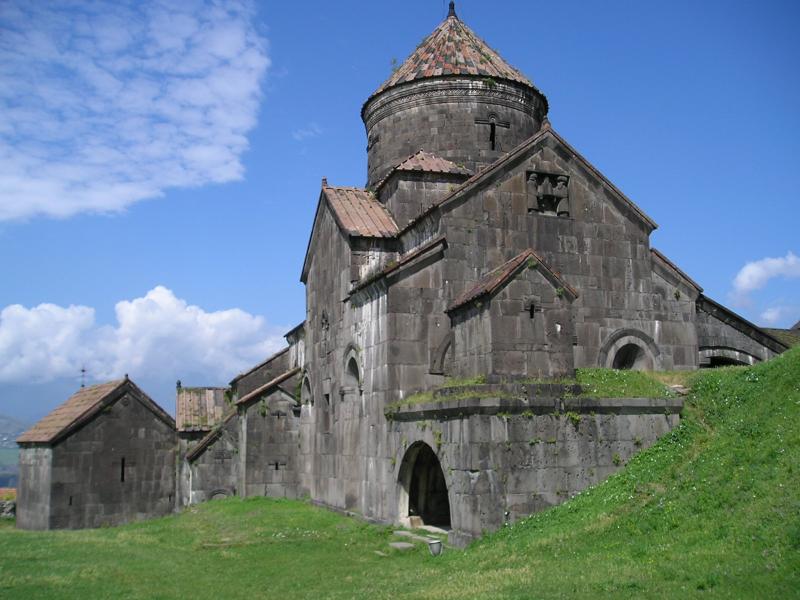 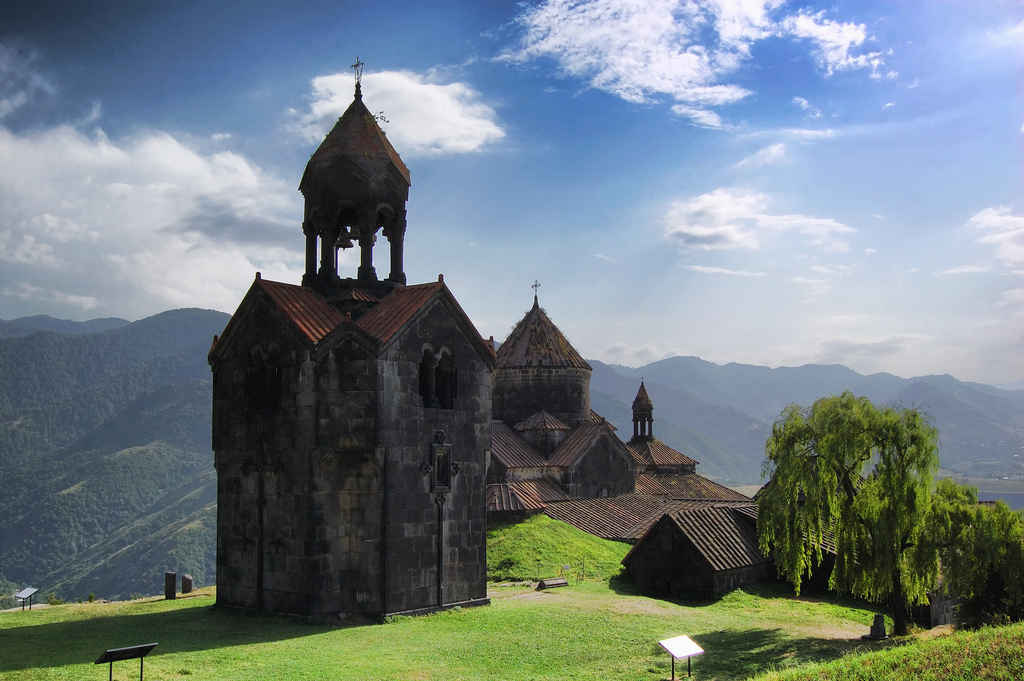 he monastery was founded by Saint Nishan (Sourb Nshan) in the 10th century during the reign of King Abas I. The nearby monastery at Sanahin was built around the same time. The location of Haghpat Monastery was chosen so that it overlooks the Debed River in northern Armenia's Lori region. It was built, not on a peak, but halfway up a hillside on a site chosen to afford protection and concealment from prying eyes and also in response to a kind of monastic humility. A peak on the opposite side of the river is over 2,500 meters high. The small church of St. Nishan is Haghpat's earliest surviving building. It was begun in 966-67 and was later enlarged and embellished under the direction of Trdat the Architect. The largest church in the complex, the Cathedral of St. Nishan, was built from 967-991. It is a typical example of tenth century Armenian architecture, its central dome rests on the four imposing pillars of the lateral walls. The outside walls are dotted with triangular recesses. A fresco in the apse depicts Christ Pantocrator. Its donor, the Armenian Prince Khutulukhaga, is depicted in the south transept (a transversal nave intersecting the main nave). The sons of the church's founder, Princes Smbat and Kurike, are shown with Queen Khosravanuche in a bas-relief on the east gable. Apart from one or two minor restorations carried out in the eleventh and twelfth centuries, the church has retained its original character. The clock-tower was erected in 1210 and is one of the most beautiful examples of its kind from the medieval period in Armenia. The monastery's bell tower, built in 1245, stands apart from the main ensemble of monuments, and is architecturally noteworthy. There are also a number of splendid khachkars (cross-stones) of the 11th-13th centuries standing on the territory of the monastery, the best known among them is the "Amenaprkich" (All-Savior) khachkar which has been standing since 1273. The monastery has been damaged many times. Sometime around 1130, an earthquake destroyed parts of Haghpat Monastery and it was not restored until fifty years later. It also suffered numerous attacks by armed forces in the many centuries of its existence and from a major earthquake in 1988. Nevertheless, much of the complex is still intact and stands today without substantial alterations.