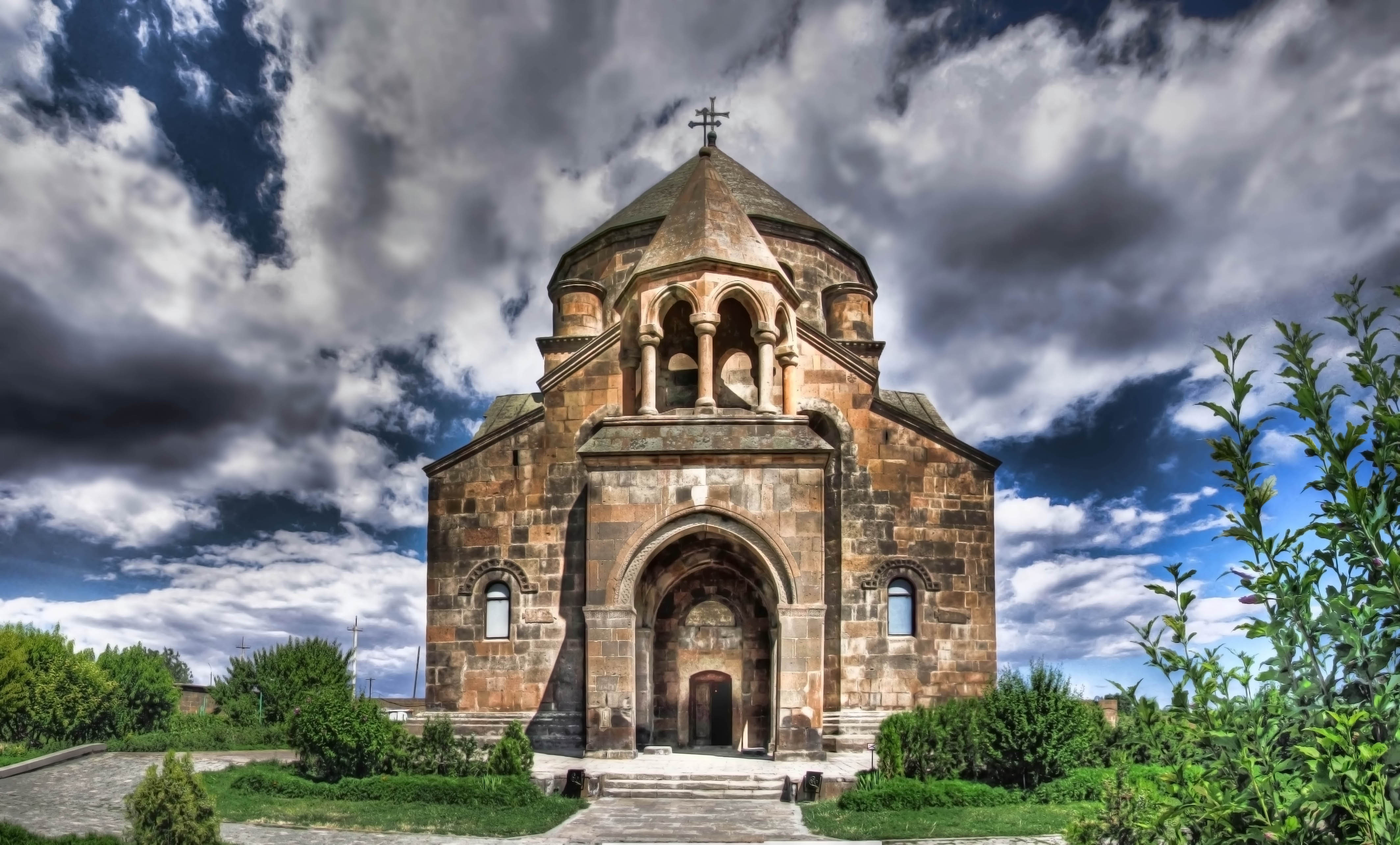 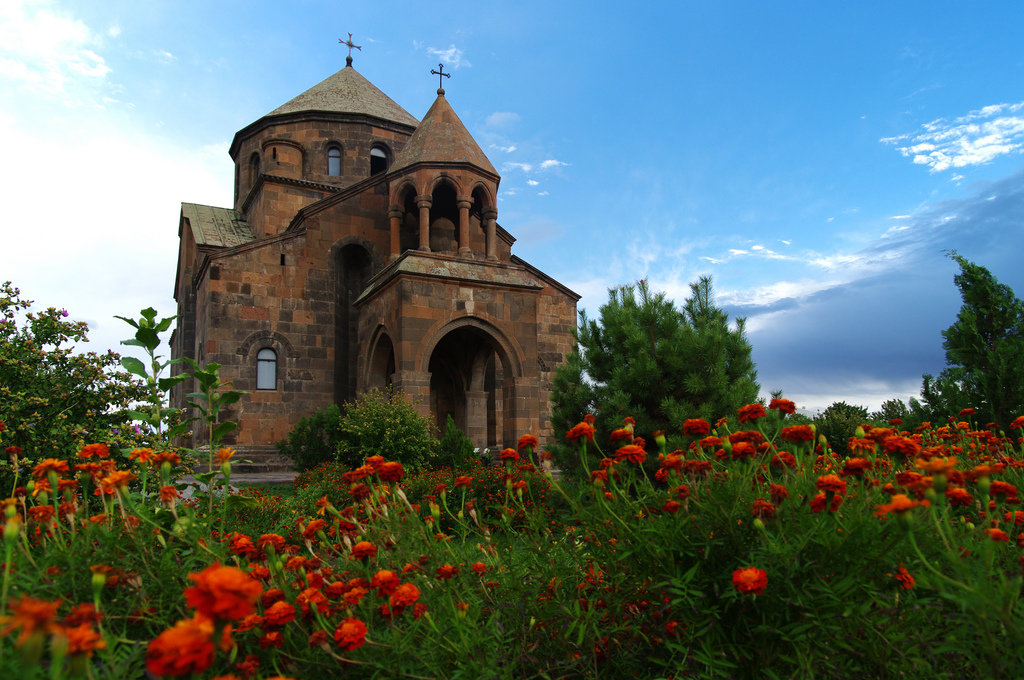 The church was erected by Catholicos Komitas atop the original mausoleum built by Catholicos Sahak the Great in the year 395 AD that contained the remains of the martyred Saint Hripsimé to who the church was dedicated to. The structure was completed in the year 618 AD. It is known for its fine Armenian architecture of the classical period, which has influenced many other Armenian churches since. This church together with other nearby sites is a UNESCO World Heritage Site, and is located the present day city of Echmiadzin, Armenia in the Armavir Province. Saint Hripsimé Church sits on the remains of a pagan structure and also the site where the aforementioned saint was martyred during the time of the conversion of Armenia to Christianity in the year 301 AD. The fifth century Armenian historian Agathangelos wrote that the young and beautiful Hripsimé who at the time was a Christian nun in Rome, was to be forcefully married to the Roman emperor Diocletian. She and the abbess Gayané among other nuns fled the tyrant emperor and left to Armenia. The pagan Armenian King Trdat received a letter from Diocletian in which he described her beauty. Trdat discovered where the nuns were hiding, and fell in love with Hripsimé and later Gayané. After her refusal of his advances, Hripsimé was tortured and martyred at the location of this church, while Gayané was tortured and martyred at a separate location where the church in her name was later built. A third unnamed nun was martyred at the location of Shoghakat. During the time that Hripsimé was being tortured, Gayané told her to "be of good cheer, and stand firm" in her faith. King Trdat was to be later converted to Christianity and made it the official religion of the kingdom. In the early 4th century, Saint Gregory the Illuminator saw a vision in which Christ descended from the heavens, and struck the ground with a golden hammer to level it. In its place he saw the site where Hripsimé was martyred, with a red base symbolizing blood below "columns of clouds, capitals of fire, and on top, a cross of light." In the vision, Christ tells him to erect a memorial to Hripsme in the given place. Saint Gregory was designated to set out the foundations at the location where Hripsimé had been martyred.