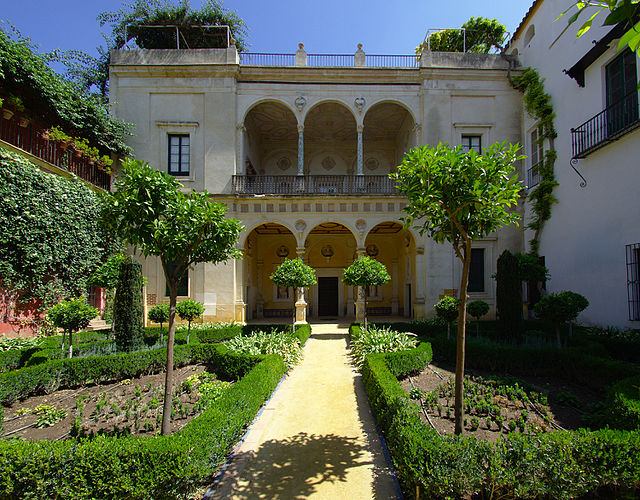 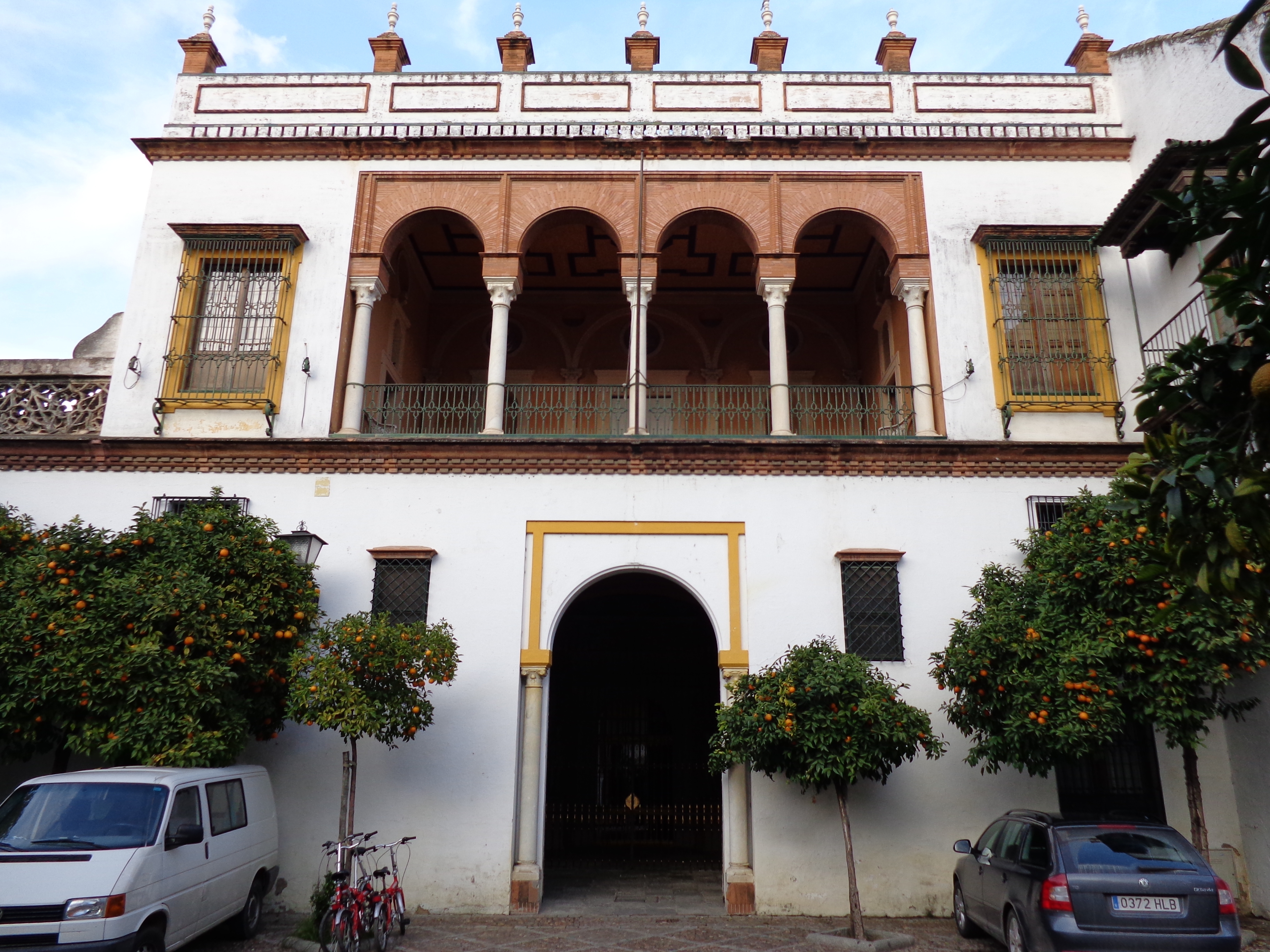 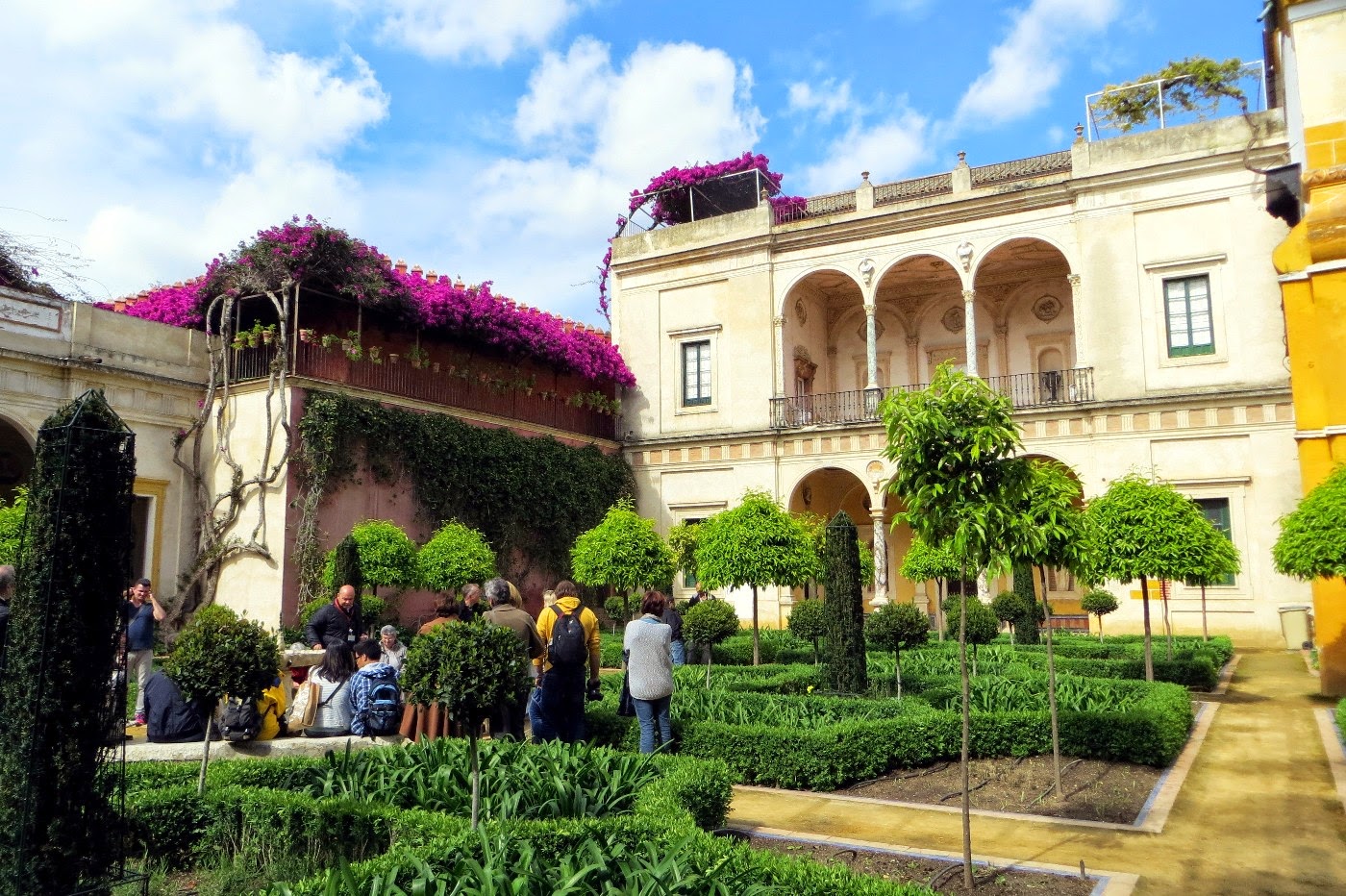 In 1520, Don Fadrique Enríquez de Rivera, the first Marquis of Tarifa, returned from a two year long trip through Europe to the Holy Land. His encounters with the marvelous Renaissance architecture in cities like Rome, Venice and Florence made such an impression on him that he decided to drastically alter his residence and turn it into a Renaissance style palace. His palace became a showcase for Renaissance architecture and his ideas had a large impact on the architectural scene in Seville. Intriguingly, the royal palace of the Dukes of Medinaceli is commonly known as the House of Pilate. The name can be traced back to the first Marquis of Tarifa, who, on his trip to Jerusalem discovered that the distance from his house to a small temple at Cruz del Campo was exactly the same as the distance between the former house of Pontius Pilate and the Golgotha (the biblical name of the place where Jesus was crucified). Back at home, the Marquis created a Way of the Cross with twelve stops along the path to the temple. Hence people started to identify the palace with the House of Pilate and over time it became referred to as such. Several rooms of the palace also have been given names referring to Pontius Pilate such as the Praetor's Room and the Praetor's Study. The most famous part of the palace is the central courtyard, known as the Patio Principal. Construction of the courtyard started in the late fifteenth century. Its current appearance dates back to the sixteenth century, after Don Fadrique's trip through Europe. Influenced by the Renaissance architecture he had seen on his trip to Italy, he transformed the courtyard by creating balconies, adding classical columns and placing a marble Genoan fountain at its center. The four impressive Roman and Greek statues in each corner of the Patio Principal were added in 1539. Around the same time busts were places in niches all around the courtyard. The intricate decorations on the walls are Mudejar in style while the balconies have beautiful Gothic balustrades. The palace has two garden, simply known as large and small garden. The large garden, originally an orchard, is lined with Italianesque loggias. Inside the loggias are niches with classical statues. You can also find a small grotto in a corner of the garden. The small garden has a pond with a fountain depicting a young Bacchus. The interior is splendid with detailed Mudejar decorations on the walls throughout. Some of the rooms, such as the Praetor's Room and Praetor's Study have elaborately decorated coffered ceilings. A staircase, considered one of the most magnificent in all of Seville, connects the ground floor with the upper floor where you can find several furnitured rooms with pieces from the art collection of the Medinaceli.