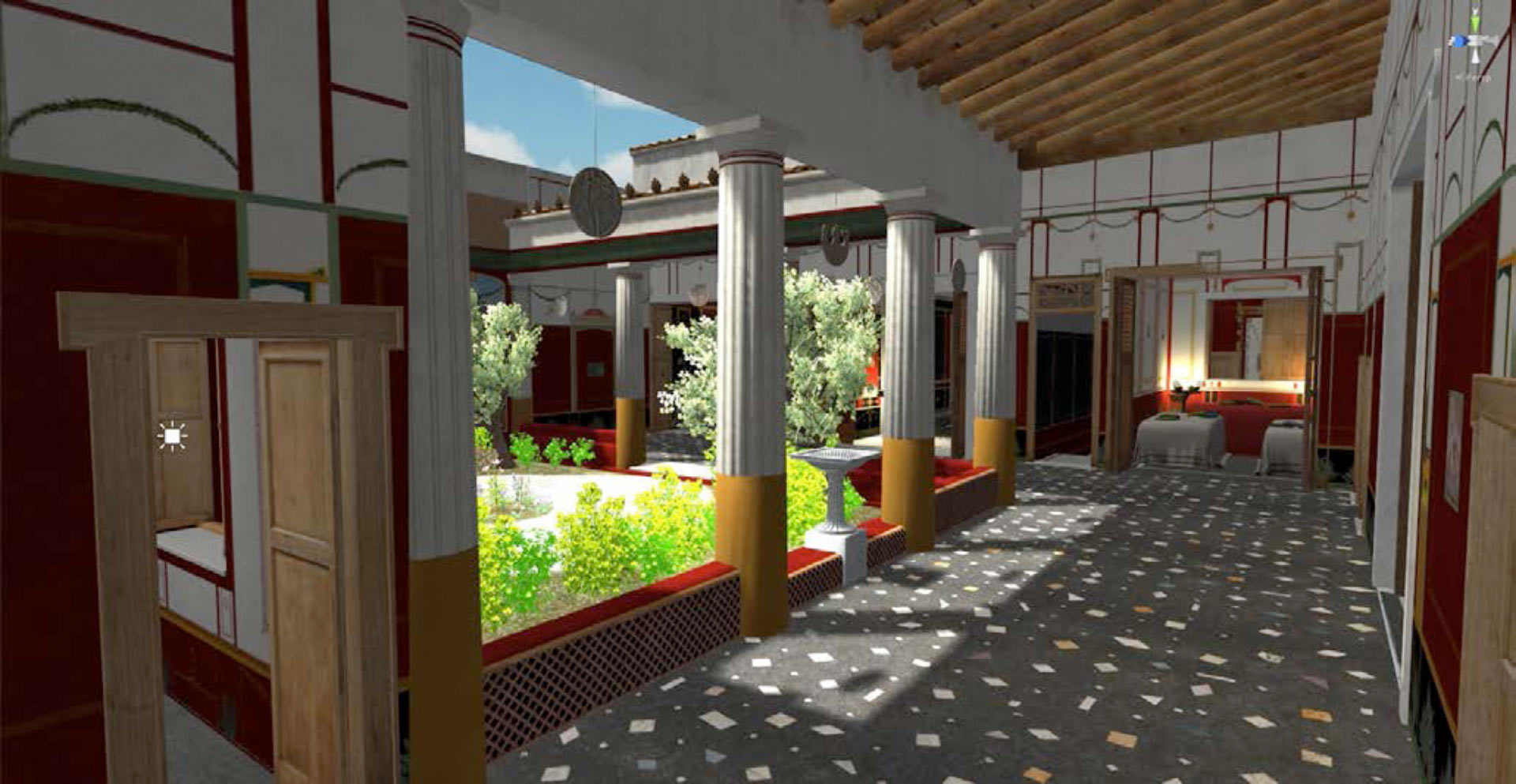 It was built (late 3rd-early 2nd cent. BC) in opus africanum using Sarno  limestone, with tufa used for the decorative parts. It is especially  famous for its two reliefs—one of which has been stolen, the other (in  storage) decorating the lararium (domestic sacellum)—that vividly  depicted in popular fashion the effects of the earthquake (62 AD) on  some of the public buildings of Pompeii. To the left of the tablinum is a  cast portrait of the banker L. Caecilius Iucundus, who lived in the  house in 79 AD, and whose archive of 154 waxed tablets has been found:  these record the amounts he paid between 52 and 62 AD to people on  behalf of whom he had sold goods (especially slaves) or collected rents,  keeping a commission of 1-4 % for himself.