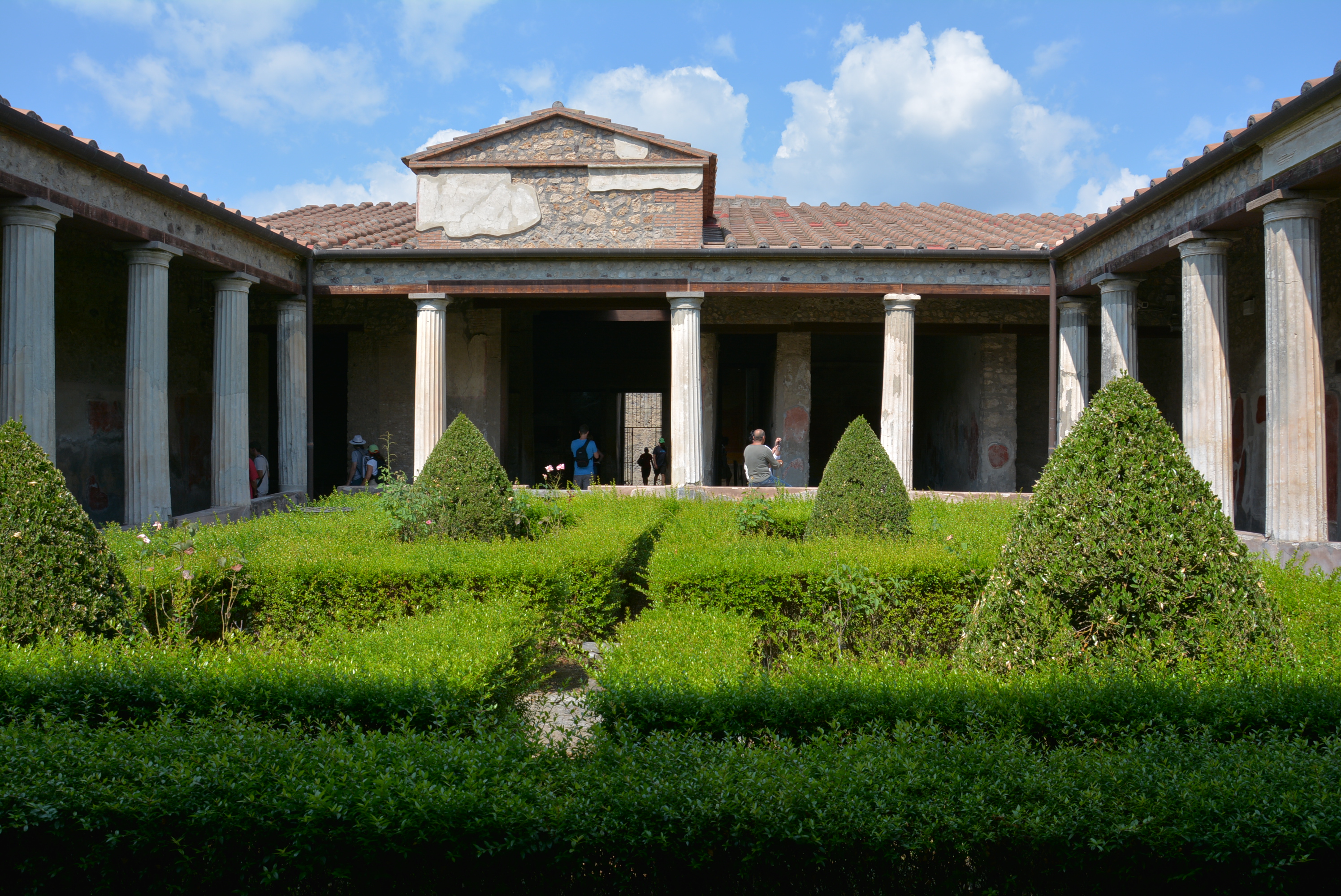 Built in the 3rd cent. BC and later expanded to over 1,800 m2, over time the house was renovated (2nd cent. BC -1st cent. AD), moving its fulcrum to the peristyle. It may have belonged to the Poppaei family, related to Poppaea Sabina, Nero's second wife. The atrium Tuscanicum (with roof supported by beams) has a marble impluvium, paintings in ‘fourth style’ and a small temple for worshiping the Lares (family protectors) and the Genius, the life spirit of the head of the household. In the room to the left of the entrance there are three ‘fourth style’ paintings with scenes from the Trojan war; in the ‘green hall’ (opening onto the peristyle) is a fresco with cherubs among grapevines, and with the humorous tale of the wedding of Hippodamia, as well as the lovely colored mosaic with a scene from the Nile, made of tiny tiles. One of the painted niches of the peristyle depicts the Greek playwright Menander, from whom the house takes its name. The bath area, in the process of being restored at the time of the eruption (79 AD), has a courtyard with four columns, changing room, and caldarium (warm room): here the mosaic depicts sea creatures and Negroid figures, and at the entrance a servant offering unguent containers.