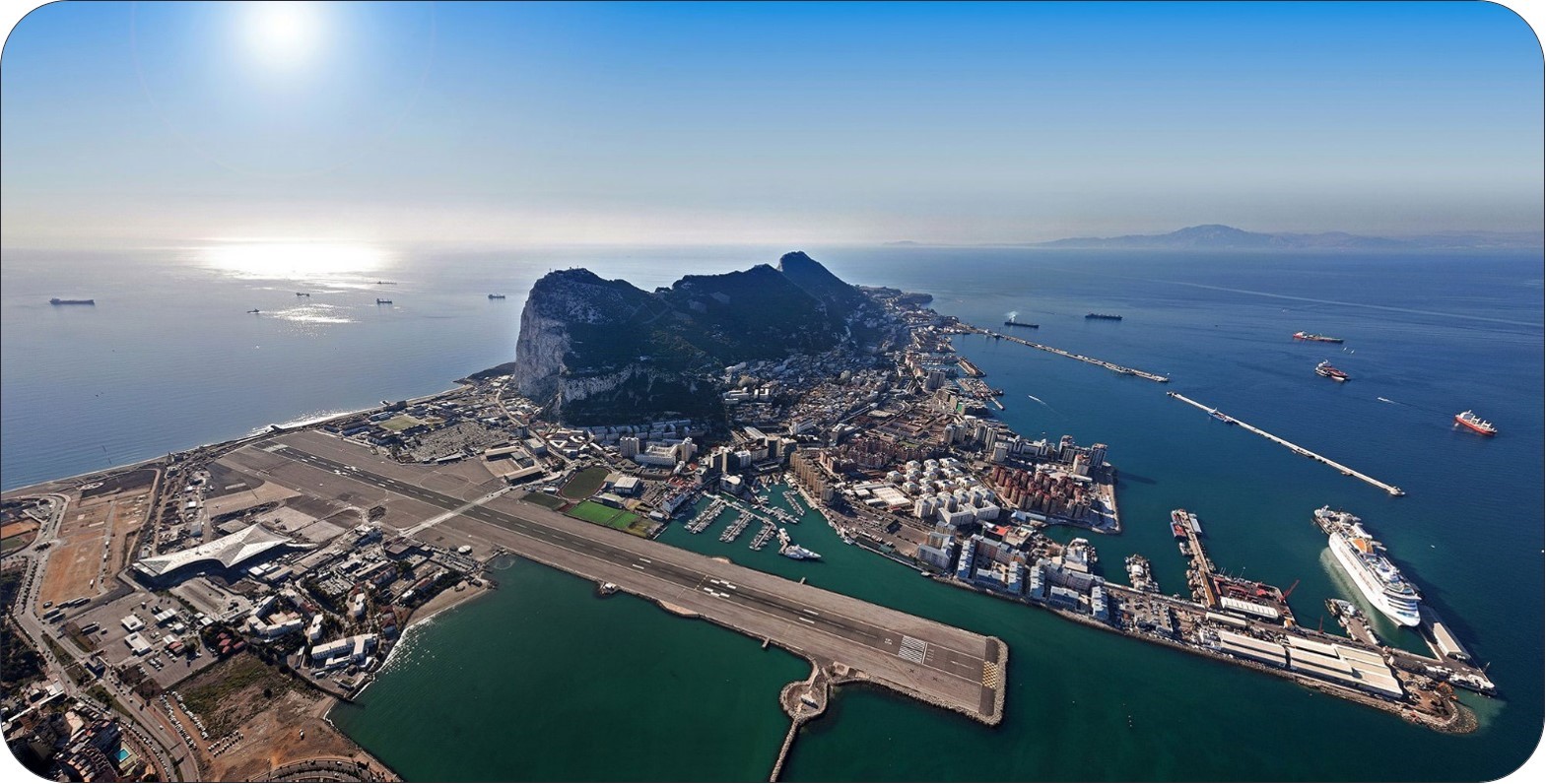 Gibraltar, colloquially known as The Rock, (or simply 'Gib'), is an overseas territory of the United Kingdom sitting at the entrance to the Mediterranean Sea. It is bordered by Spain to the north and the people of Gibraltar are bilingual,English and Spanish.It is 3 miles (5 km) long and 0.75 mile (1.2 km) wide and is connected to Spain by a low, sandy isthmus that is 1 mile (1.6 km) long. Its name is derived from Arabic: Jabal ??riq (Mount Tarik),honouring ??riq ibn Ziy?d, who captured the peninsula in 711.The Rock is considered one of the two Pillars of Hercules;the other has been identified as one of two peaks in northern Africa: Mount Hacho, near the city of Ceuta (the Spanish exclave on the Moroccan coast), or Jebel Moussa (Musa), in Morocco.The Pillars,which, according to Homer, were created when Heracles broke the mountain that had connected Africa and Europe—defined the western limits of navigation for the ancient Mediterranean world.