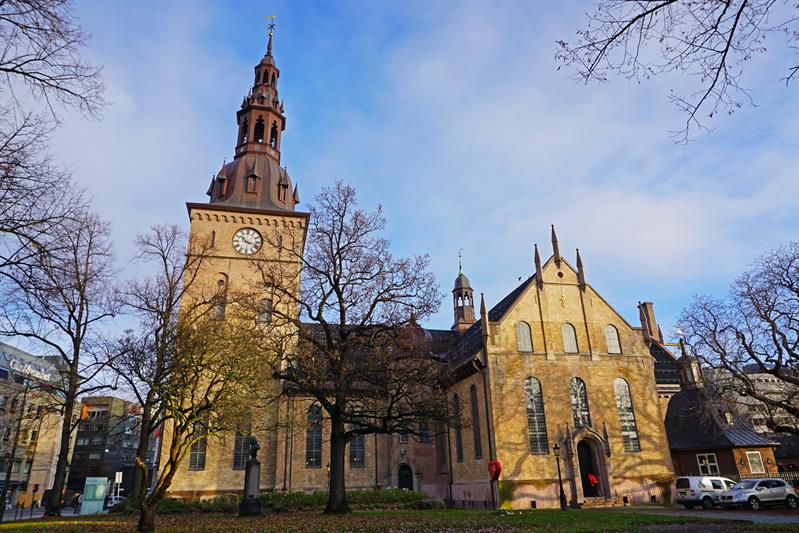 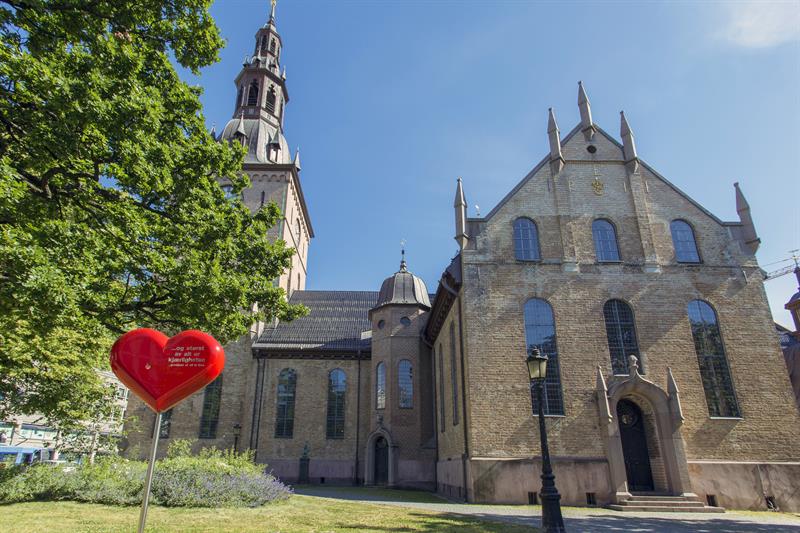 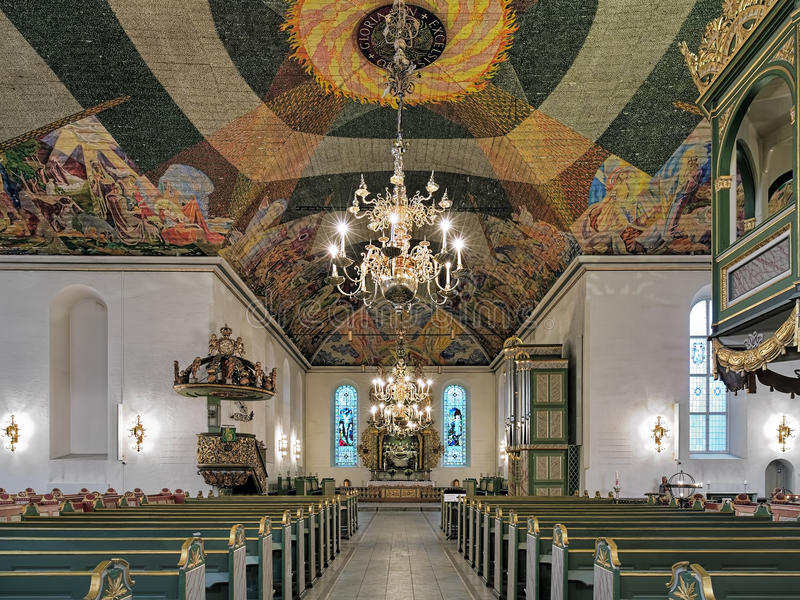 Oslo Cathedral, formerly Our Savior's Church, is the main church for the Oslo bishopric of the Church of Norway, as well as the parish church for downtown Oslo. The present building dates from 1694-1697. It is the third cathedral in Oslo. The first, Hallvards Cathedral, was built by King Sigurd I of Norway in the first half of the 12th century, and was located by the Old Bishop's Palace, some 1.5 kilometers east of today's Oslo Cathedral. For almost 500 years, Hallvards Cathedral was the most important church in the city. After a great fire in Oslo during 1624, King Christian IV decided to move the city a few kilometers west to be protected by Akershus Fortress. Construction of a new church was started in 1632, on the main square in the new city. After that, Hallvards Cathedral fell into disrepair and decayed. In 1639, the second cathedral was built. This cathedral burnt down only 50 years after it was built, and the current cathedral was built. The church was probably designed by Jørgen Wiggers, the Councillor of the State. The current cathedral was erected on a small rocky outcrop in the east end of what would later become Stortorget. The foundation stone was laid in 1694 and the church was consecrated in November 1697. The Cathedral was rebuilt between 1848-1850 after a plan by German-born architect, Alexis de Chateauneuf (1799-1853). Another German-born architect, Heinrich Ernst Schirmer (1814-1887) was the construction manager for the project. When Chateauneuf became ill in 1850, Schirmer retained Andreas Friedrich Wilhelm von Hanno (1826-1882) to complete the project. Art works from recent times in the cathedral include stained glass windows in the choir by Emanuel Vigeland installed between 1910–16, west portal's bronze doors executed by Dagfin Werenskiold (1892-1977) in 1938, and the silver sculpture with communion scene by Italian sculptor Arrigo Minerbi dating from 1930. The ceiling decorations are by Norwegian painter Hugo Lous Mohr (1889-1970). In the latter half of the 1990s, the main organ built by Ryde & Berg of Fredrikstad, was mounted behind the old baroque facade. References: Wikipedia