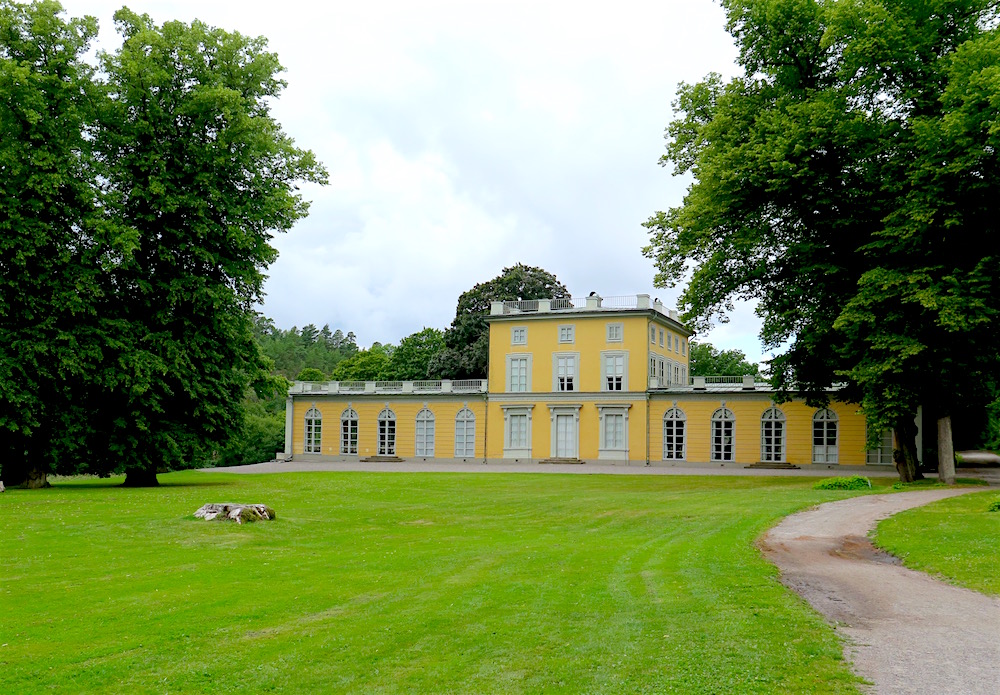 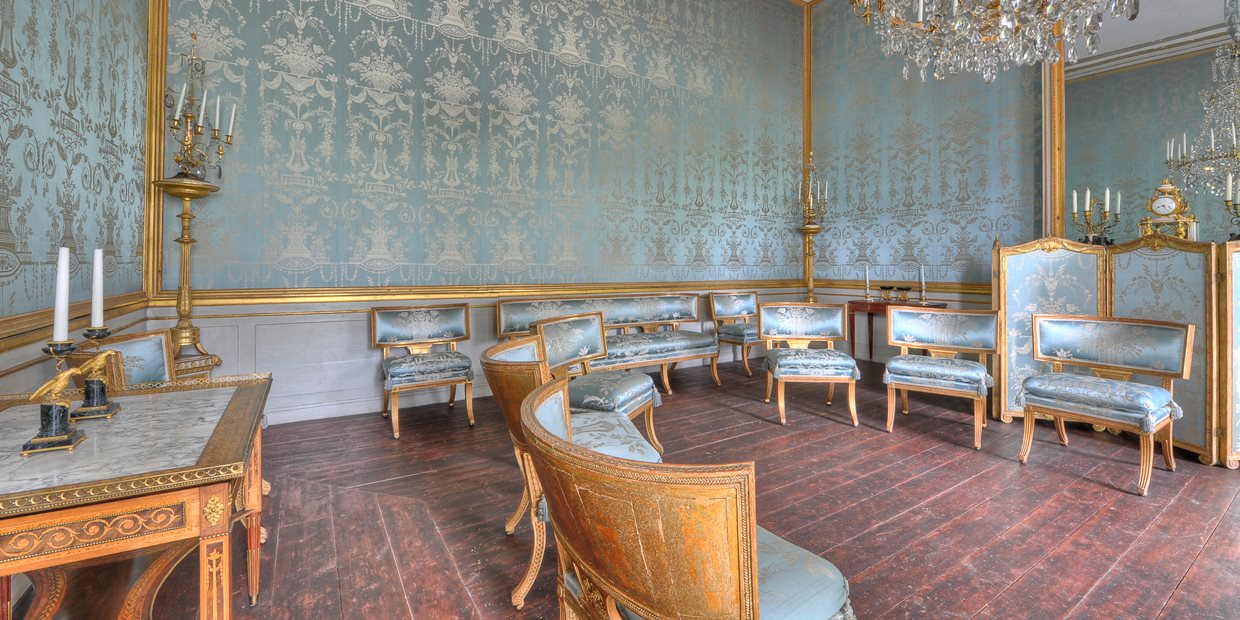 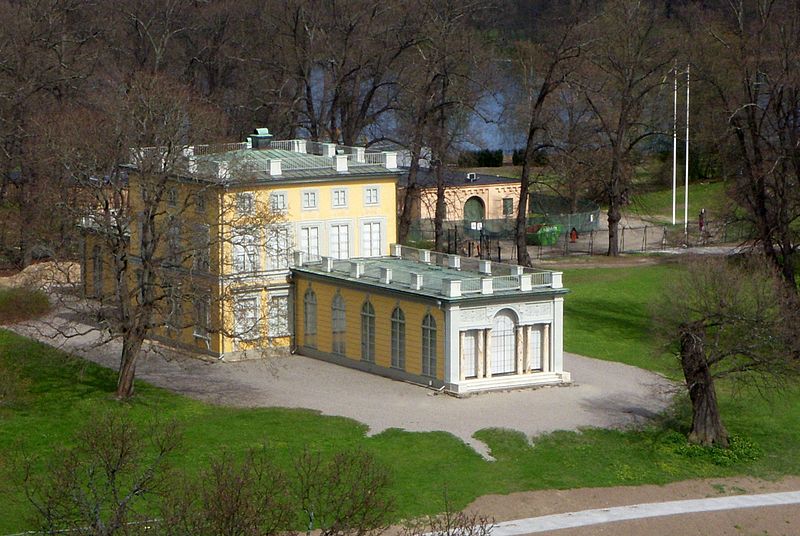 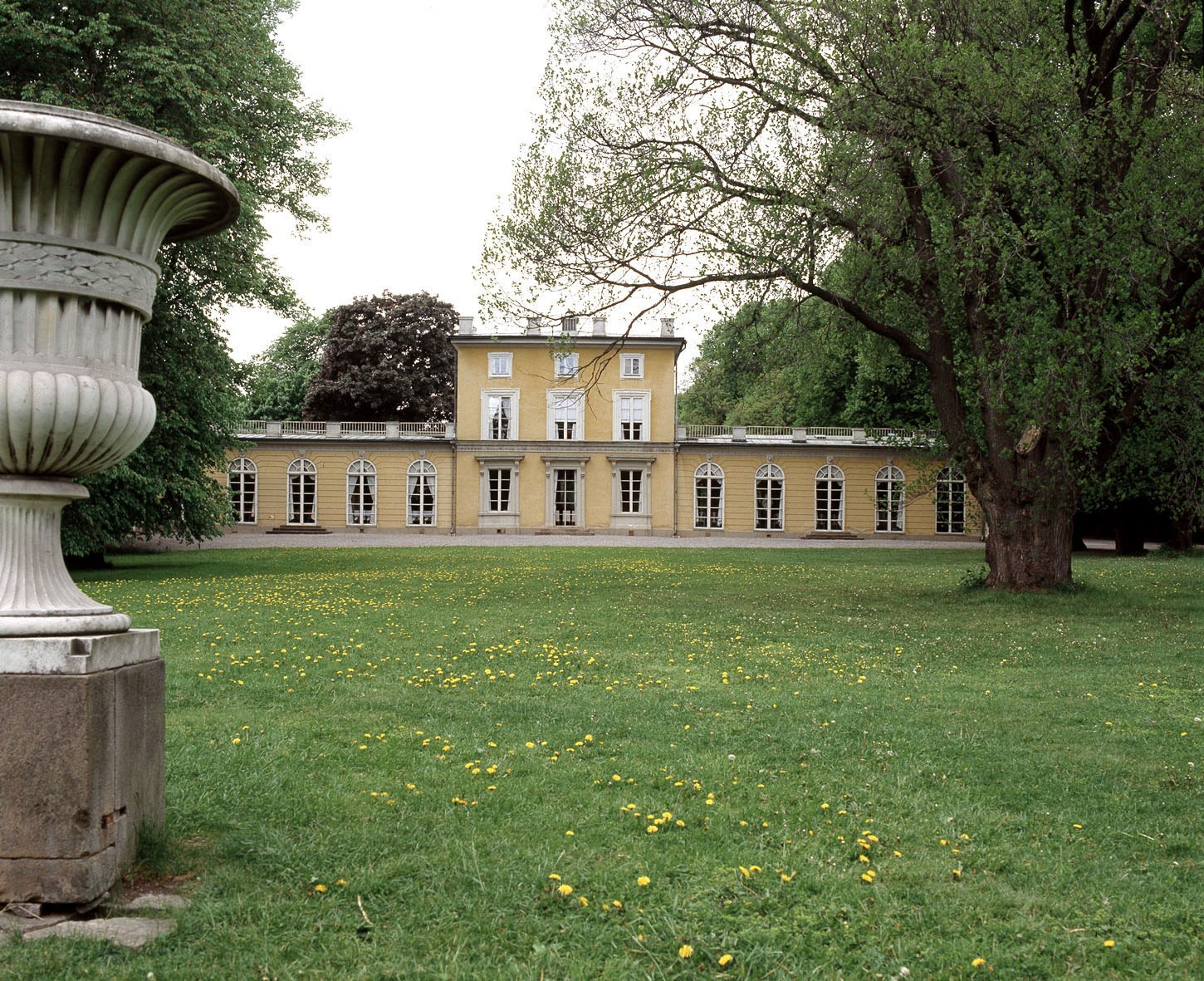 The pavilion was built in 1787 by the architect Olof Tempelman with detailed instructions from King Gustav III who was highly personally involved in the project, producing some basic designs himself and suggesting changes once the work was under way. Gustav III made use of the pavilion for a few years before his assassination (1792). After the death of him, Duke Charles used the pavilion as his temporary residence. The pavilion has been restored two times, in the 1840s by King Oscar I and again between 1937 and 1946 under palace architect Ragnar Hjort. During this time, thanks to the discovery of original Masreliez designs for each room, it was possible to restore the interior to its original form. The Sultan's Copper Tents, originally three buildings for the palace guard, designed by the painter Louis Jean Desprez and built during 1787 to 1790. Desprez proposed that all the façades of the buildings should be designed as three Turkish tents, clad in decoratively painted copper plate. However, tent façades were only built on the side facing the main lawns, which still gives the desired illusion of a sultan's encampment on the edge of the forest. The middle tent was destroyed completely by fire in 1953. The front of the tent was rebuilt during 1962 to 1964 under the leadership of palace architect Ragnar Hjorth. The buildings behind the tent façades were rebuilt in 1977-1978, following plans by palace architect Torbjörn Olsson. He turned the stableyard, formerly open, into a tent room with a ceiling. Today the middle copper tent is home to the Haga Park Museum. The tent to the east houses a restaurant and the one on the western side is accommodation. The copper tents are a national monument and protected under law. In 1996, the area comprising Ulriksdal, Haga Park, Brunnsviken and Djurgården became the world's first National City Park. The area is unique by virtue of its natural, cultural and recreational value and its direct proximity to a big city. Mainly administered by the Royal Djurgården Administration, the creation of the National City Park serves to strengthen the prospects of perpetuating the royal historic heritage spanning from Djurgården hunting park to the Gustavian parklands of Haga. References: Wikipedia