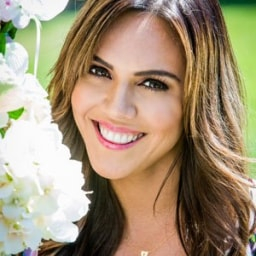 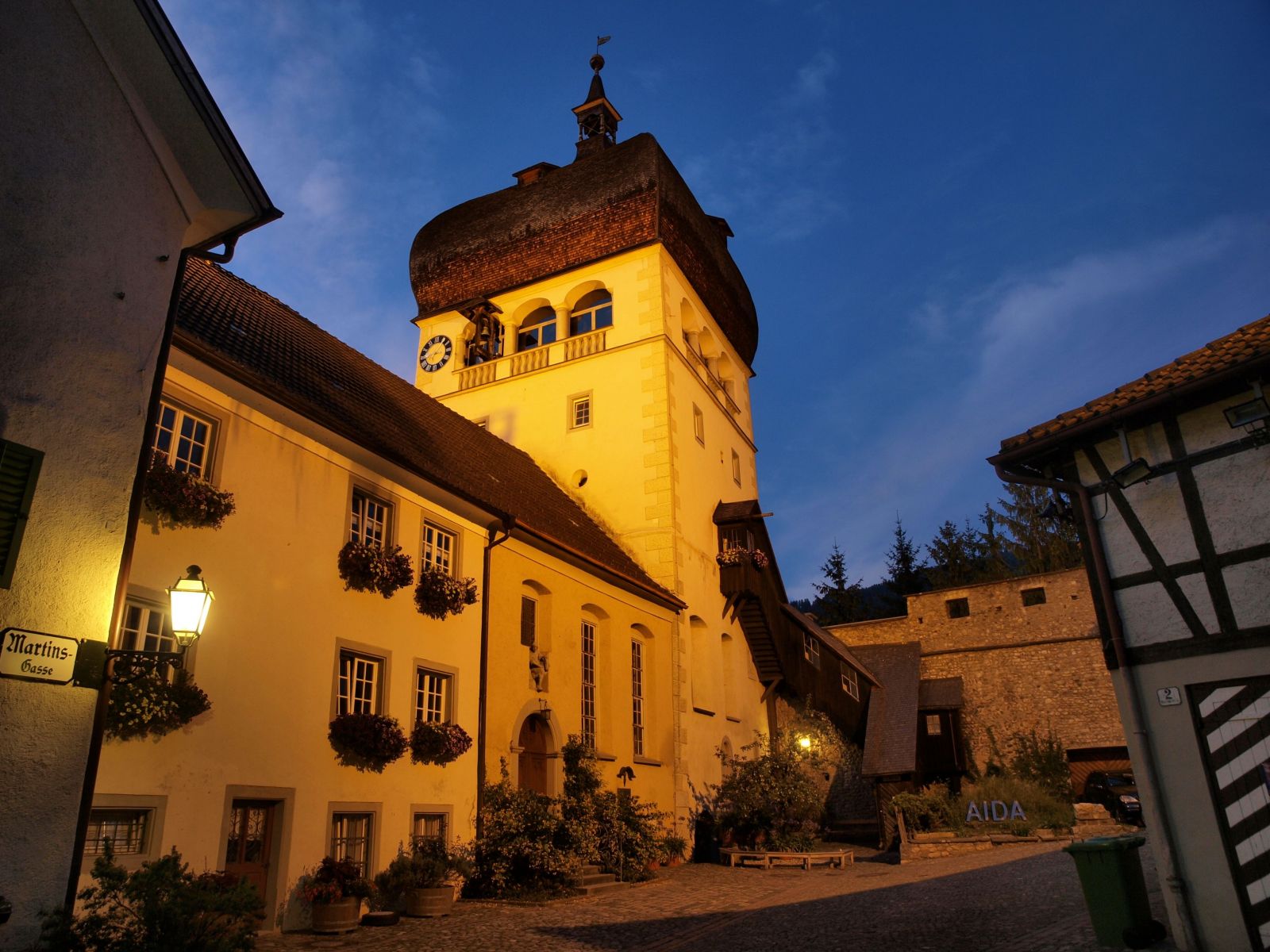 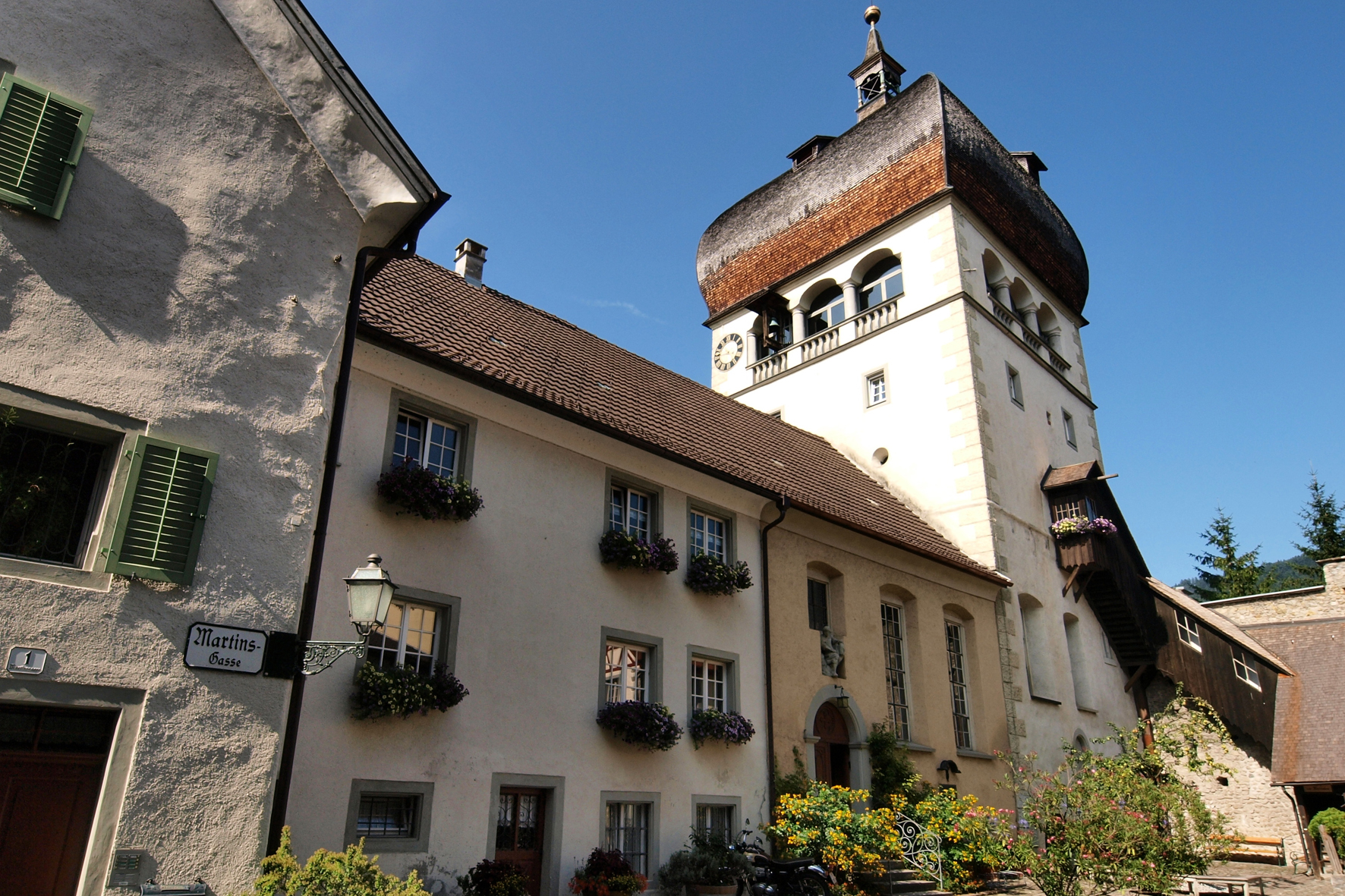 A warehouse from the time of the city’s foundation c. 1250 originally stood there, which was barely higher than the city wall. The warehouse had a basement, a ground floor higher up and an upper floor. As early as the first half of the 14th century, there was a small chapel room in the upper floor that was separated with wooden walls. In 1362, Count Wilhelm III of Montfort founded St. Martin’s Chapel, which, in the subsequent years, was furnished with magnificent frescos and expanded across the entire upper floor. In the late 15th century, the previously secularly used ground floor was integrated into the chapel room, with the ceiling being torn out, making the room approximately twice as high. From 1599 to 1601, master builder Benedetto Prato from Roveredo, Grisons, elevated the existing building at the behest of the city. The former warehouse became a tower, on which Prato set a huge wooden dome – a wooden dome that makes St. Martin’s Tower the first characteristic baroque structure in the Lake Constance region. St. Martin’s Tower was the new watchtower of Bregenz. For centuries, the watch performed his service there, whose job it was to warn the city, particularly in the face of fire. References: Bregenz Tourism