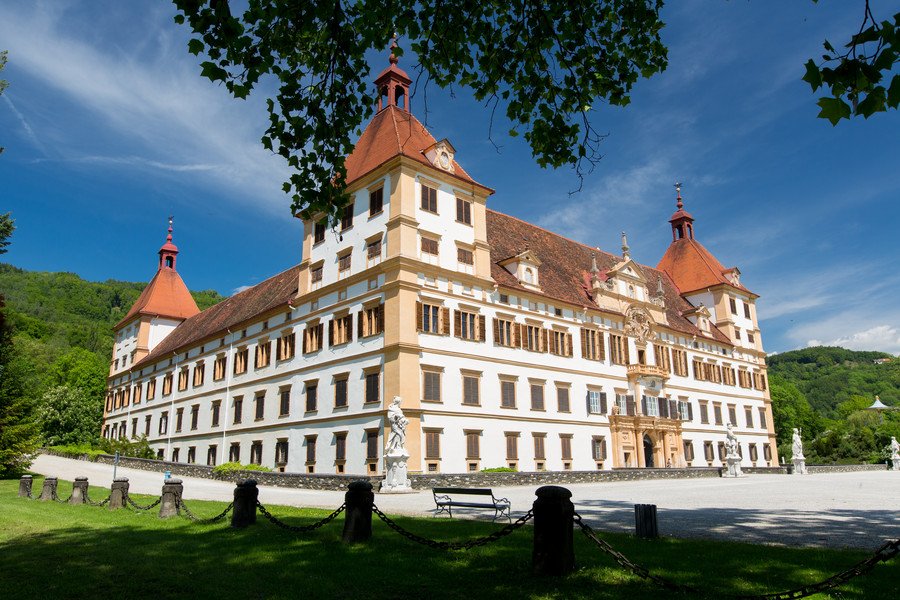 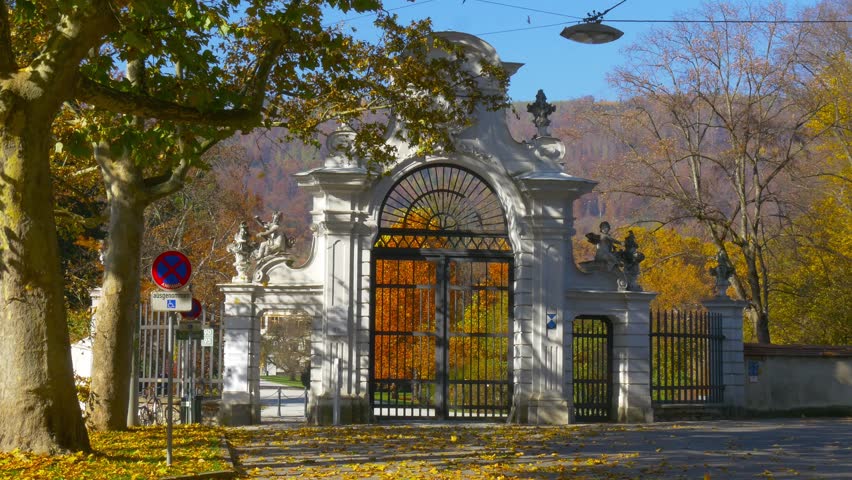 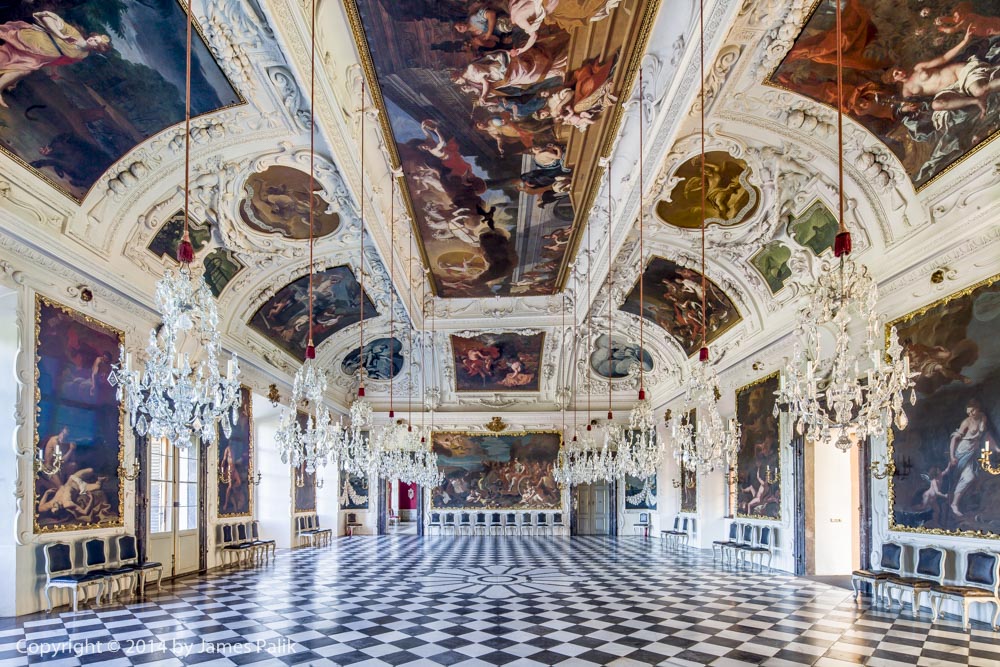 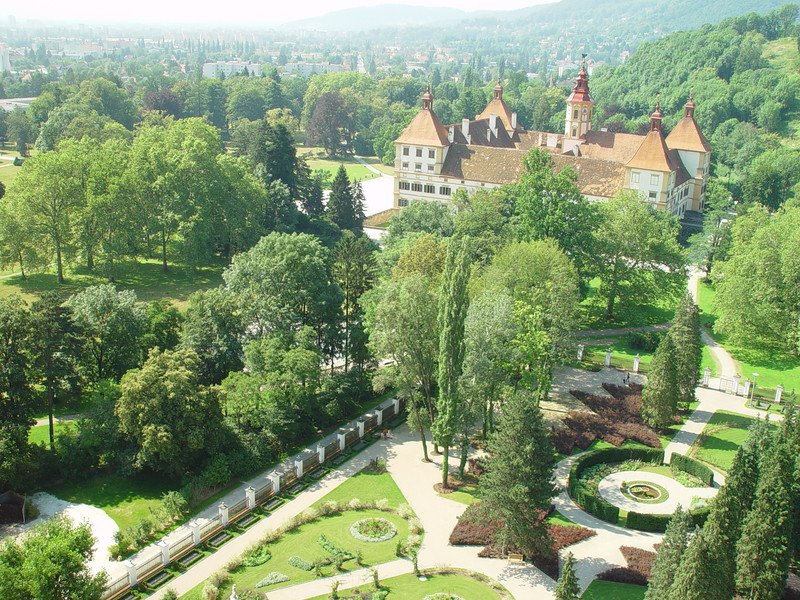 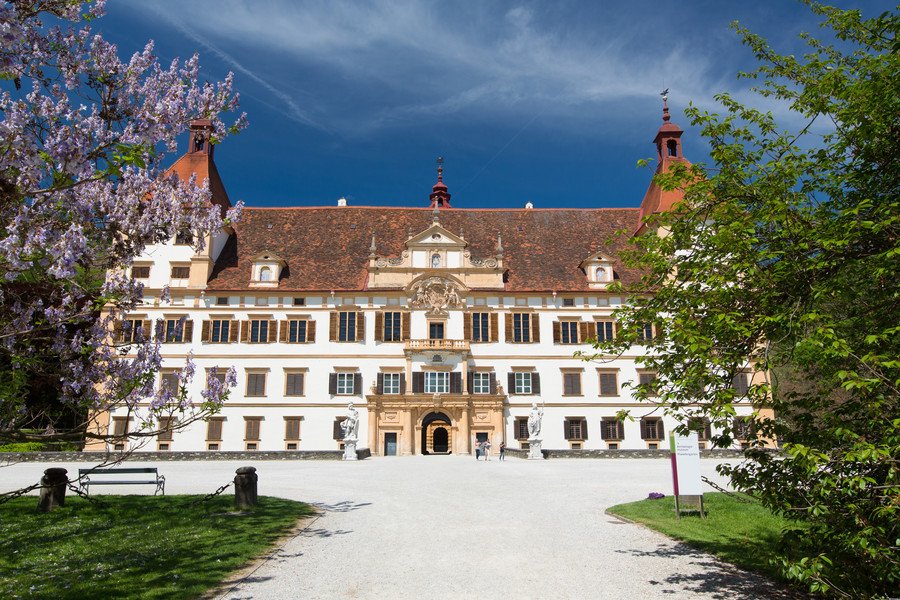 Eggenberg Palace in Graz is the most significant Baroque palace complex in Styria. With its preserved accouterments, the extensive scenic gardens as well as some additional collections from the Universalmuseum Joanneum housed in the palace and park, Schloss Eggenberg counts among the most valuable cultural assets of Austria. With its construction and accouterment history, it exhibits the vicissitude and patronage of the one-time mightiest dynasty in Styria, the House of Eggenberg. In 2010, Schloss Eggenberg was recognized for its significance to cultural history in an expansion to the listing of the Graz Historic Old Town among UNESCO World Cultural Heritage Sites. The northern corner of the palace grounds features the Planetary Garden and Lapidarium of Roman stonework as well as the entrance to the new Archeological Museum, which houses the Cult Wagon of Strettweg. The palace houses the numismatic collection, located in the former rooms of Balthasar Eggenberger, owner of the imperial minting license and operations in the Late Middle Ages, and the show collection of the Alte Galerie, a collection of medieval through early modern period artworks spanning five centuries of European art history. History Large portions of the palace date back to the Late Middle Ages and construction continued throughout the early modern era. Before 1460 Balthasar Eggenberger, financier to Frederick III, Holy Roman Emperor, bought property in the west of Graz which became a fixed noble residence in the family name. In the subsequent years the family residence was constructed and expanded. In 1625 Prince Hans Ulrich von Eggenberg, diplomat and statesman, commissioned court architect Giovanni Pietro de Pomis with the planning of his new palace, inspired by El Escorial in Spain. Incorporating the original medieval family residence into the new palace, de Pomis himself oversaw the construction work up to his death in 1631. Fortress master builder Laurenz van de Syppe continued the work for two years until the building was finished, in the end, by both of de Pomis’ site foremen, Pietro Valnegro and Antonio Pozzo. The shell appears to have been completed by 1635 or 1636. Between 1641 and 1646 work on the ornamentation was brought to a close. Beginning in 1666, Johann Seyfried von Eggenberg, grandson of Hans Ulrich, developed the palace according to the splendor and grandeur of the Baroque style and in 1673 the residence again entered the limelight as Archduchess Claudia Felicitas of Tyrol was a guest in the palace on the occasion of her wedding in Graz to Leopold I, Holy Roman Emperor. Under Prince Johann Seyfried, the comprehensive cycle of ceiling coverings of approximately 600 paintings in the rooms of the piano nobile was accomplished in just 7 years. After the extinction of the male line of the Eggenberg family, the Eggenberger state rooms were left in a half-emptied and neglected state. The husband of the last Eggenberger princess, Johann Leopold Count Herberstein, ordered a comprehensive renewal of the complex. Between 1754 and 1762 the building and the garden underwent their second major phase of ornamentation, this time in complete accordance with the tastes of the Rococo. The most extensive change was probably the demolition of the Eggenberger palace theater, in the place of which a baroque palace church was established. The third phase of the changes came during the 19th century and was limited to the living quarters on the first storey of the palace. The primary focus of attention of this period was the total transformation of the Baroque formal garden into a romantic landscape garden after the English fashion. The entire complex remained in the possession of the Herberstein family up to 1939. Shortly before the war, Schloss Eggenberg was acquired with the park by the state of Styria. The oldest museum in Austria, the Joanneum, which was established on 26 November 1811 by Archduke Johann of Austria, took over management of the palace and park. The Joanneum conducted extensive restoration work to repair the damage that occurred during World War II and the subsequent occupation by the Allies and in 1953 Schloss Eggenberg and the Eggenberg Schloss Park were finally opened again to the public. References: Wikipedia