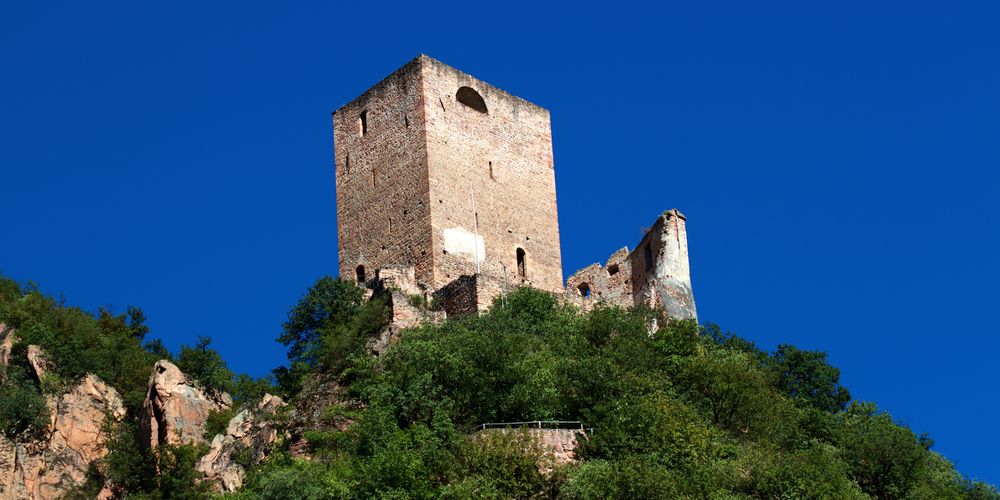 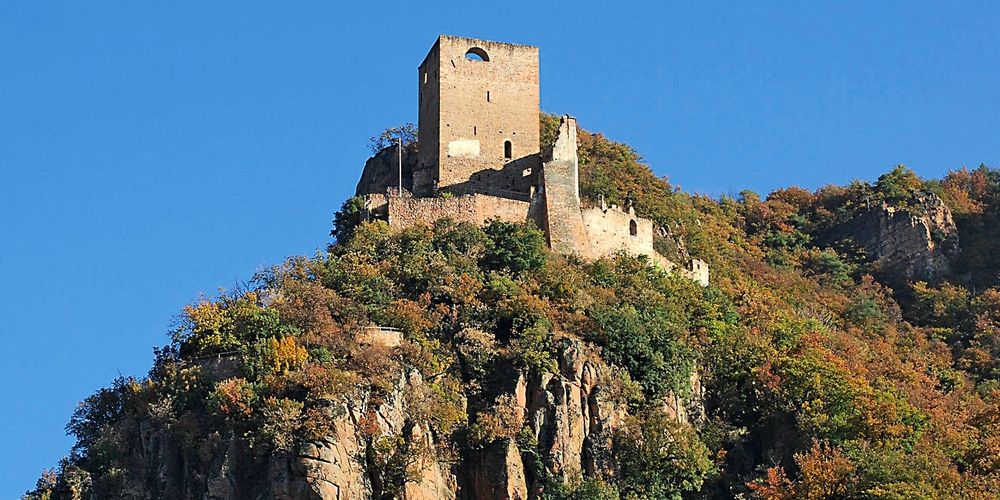 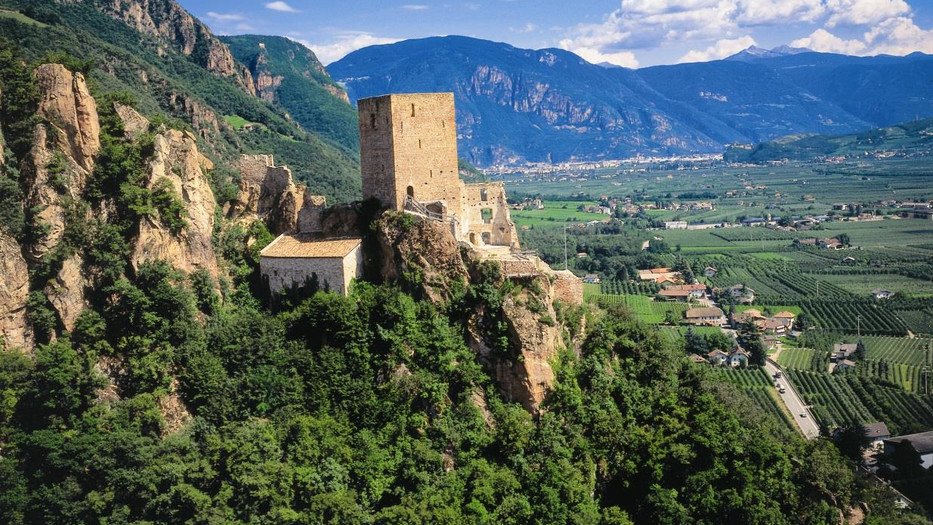 The ruins of Castel Neuhaus, also known as Maultasch Castle, are located above Terlano (Terlan). Castel Neuhaus is almost imperceptible from the bottom of the Adige valley, only its donjon rises into the sky. The castle was first mentioned in 1228, and was probably constructed as border fortress for the Counts of Tyrol as shelter from the Counts of Bolzano. In the second half of the 13th century slightly below the castle a custom station was built. However, soon the buildings started dwindling in importance, as Bolzano was occupied by Meinhard, Duke of Carinthia, without cease. It is presumed that Margaret, nicknamed Margarete Maultasch, loved to spend some time at this castle when she was Countess of Tyrol, but unfortunately this is undocumented. For this reason, in common parlance this ruin is also referred to as “Maultasch Castle”. In the period of time between 1382 and 1559 the Lords of Niedertor of Bolzano resided in the castle, while the Lords of Wolkenstein, owners of Castel Trostburg, did so until 1733. The Counts of Enzenberg, however, had the castle consolidated and in parts renovated. Today Castel Neuhaus is a popular excursion destination, as it is easily reachable also for families with children on the Margarete Trail in Terlano.