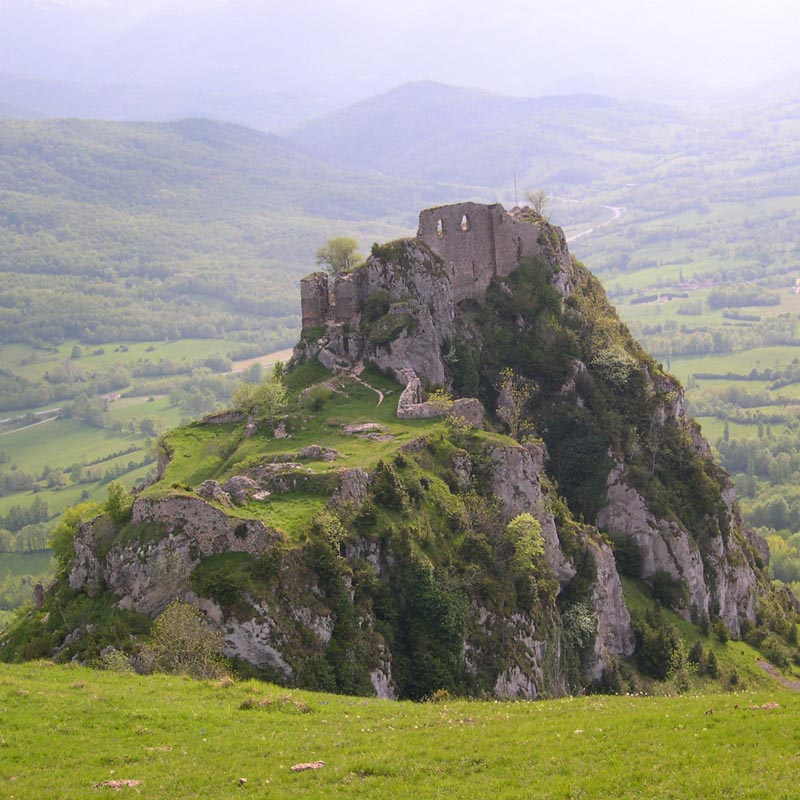 The Château de Roquefixade is a ruined castle built on a cliff overlooking the village of Roquefixade. There are records of a castle on the site going back to 1180, though the present ruins are more modern. While marketed in the tourist industry as one of the so-called Cathar castles, the ruins are later than this. Despite this, the site did provide a place of refuge for the Cathars at the time of the Albigensian Crusade. A natural cleft in the cliff face has been filled in by an arch supported by ramparts. The remains of the castle walls cling to the rock, originally circling an impressive keep built at the highest point of the site. At the end of the 13th century, Roquefixade became a stronghold at the end of a line of royal fortresses built along the Corbières hills, to keep watch on the territory of the Count of Foix. The keep was remodelled in the 14th century, and other alterations were made in the 15th and 16th centuries. The castle survived until 1632 when the French king Louis XIII rested in the area on his way to Toulouse for the execution of the Henri II, Duke of Montmorency who had risen against Richelieu. Louis took the opportunity to order the destruction of Roquefixade, it now serving no purpose and being costly to maintain. References: Wikipedia