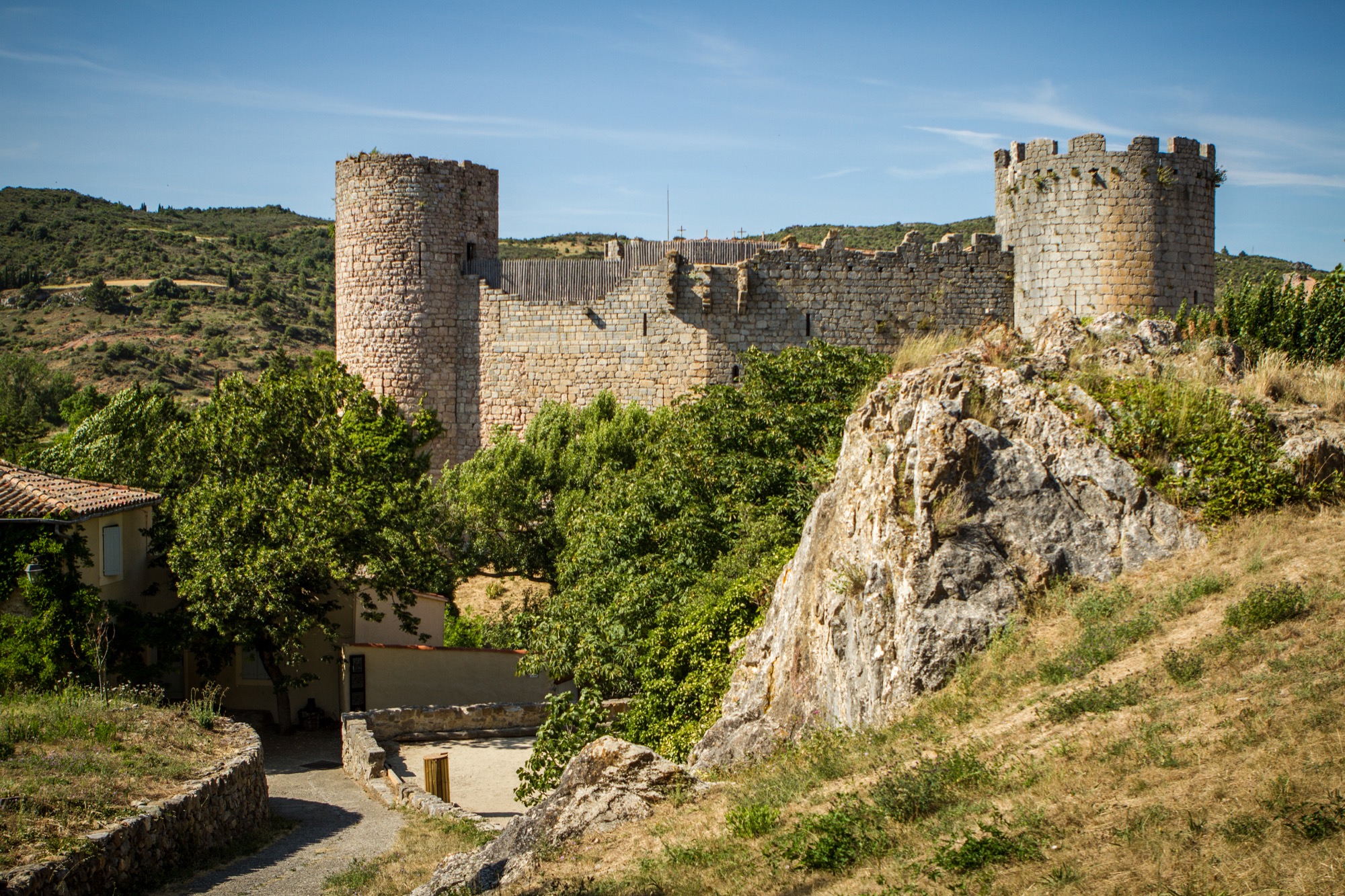 The first historical data concerning the site of Château de Villerouge-Termenès dates from the 12th century. At that time and until the French Revolution, Narbonne's powerful archbishops were the lords of the castle and village of Villerouge- Termenès. Even so, the castle was much coveted and occupied several times. Indeed, in 1107, Pope Pascal II had to confirm the Archbishop Richard as rightful owner of Villerouge, which had been occupied by Pierre de Peyrepertuse since 1070. The latter gave the castle as dowry to his daughter when she married Pierre Olivier de Termes. It is only in 1110 that the Termes family finally accepted to return the property to the Archbishop of Narbonne. But the struggle between the lords of Termes and the Archbishops of Narbonne did not stop then. In 1227, Pope Honorius III urged his legate to confirm the Archbishop's rights against the chief of the Crusade, Simon de Montfort, and his vassal, Alain de Roucy. Simon de Montfort had given the title and possessions of Termes to de Roucy, who threatened to take over Villerouge also. The village is closely linked to the decline of the Cathar church: in 1321, Guilhem Bélibaste, the last known Occitan Cathar perfectus, was burnt alive at Villerouge-Termenès. Guilhem Bélibaste had been initiated into Catharism, and became a perfectus while in hiding in Catalonia. As only perfectii could transmit the religion, by a ceremony of laying on of hands, his death meant the end of the Cathar religion.