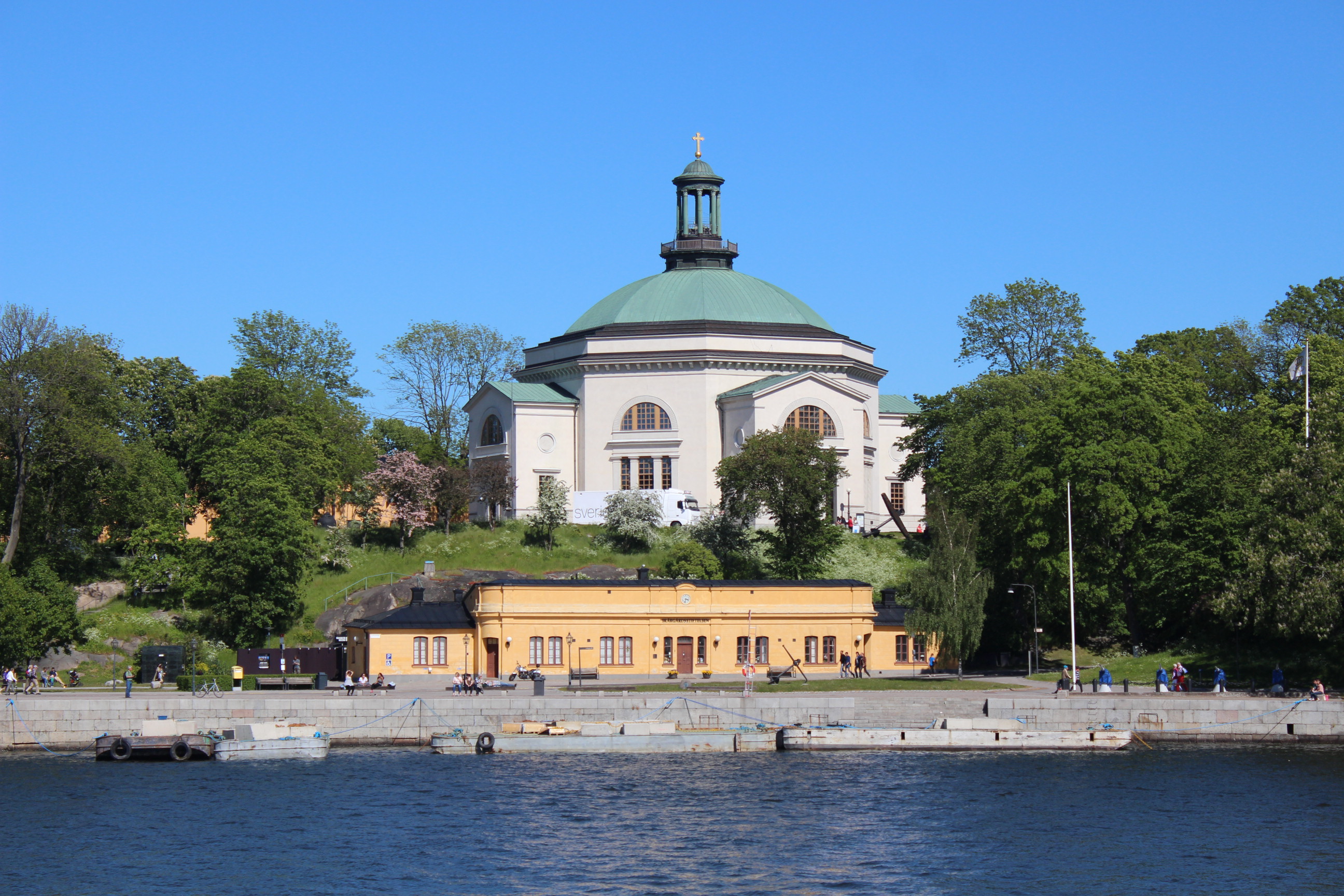 Skeppsholmskyrkan is a church on the islet of Skeppsholmen, secularized in 2002. Named after its location, the church was built 1823-1849 to replace a minor wooden church on Blasieholmen destroyed in the devastating fire of 1822. Inaugurated by King Charles XIV John and still officially carrying his name, it was designed by the architect Fredrik Blom as a neoclassical octahedral temple inspired by the Pantheon in Rome, borrowing the coffered ceiling while substituting the oculus for the temple-shaped lantern light. On all sides, the plain white walls restored in 1998 are pierced by portals whose four pillars support semi-circular lunettes. Inside the cruciform exterior, the interior sheet of the wooden double cupola is supported by paired doric columns and rounded arches. Accompanying the painted altarpiece are niches with statues of the apostles and two plaster groups. References: Wikipedia