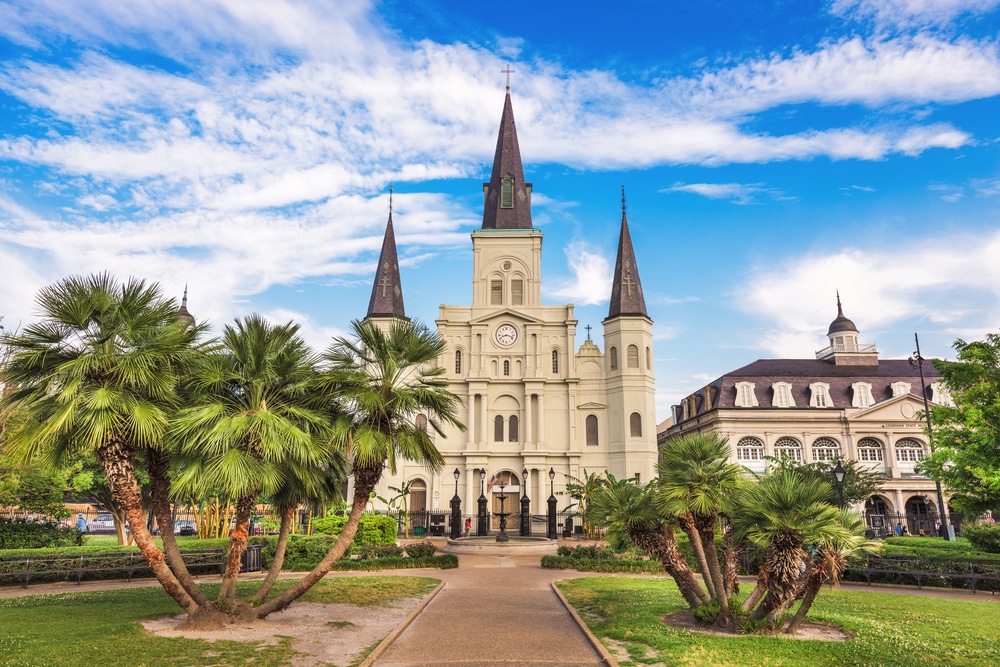 The St. Louis Cathedral is one of New Orleans' most nota... - Secret World

The St. Louis Cathedral is one of New Orleans' most notable landmarks. Few cities in the world are so identified by a building as is New Orleans. The city is instantly recognized by our cathedral and its position overlooking Jackson Square.St. Louis Cathedral is recognized as the oldest Roman Catholic cathedral in continuous operation in the United States, in operation since 1727. The church is named after Louis IX, the sainted French king and crusader who reigned from 1226 to 1270 and who is also the namesake of, among other things, the city of St. Louis, Mo. The original church was designed by engineer-in-chief Le Blond de la Tour, with construction overseen by French engineer Adrien de Pauger, the same man who drew the original map of the French Quarter. De Pauger died before construction of the church was completed and, as per his wishes, was buried in the unfinished church.