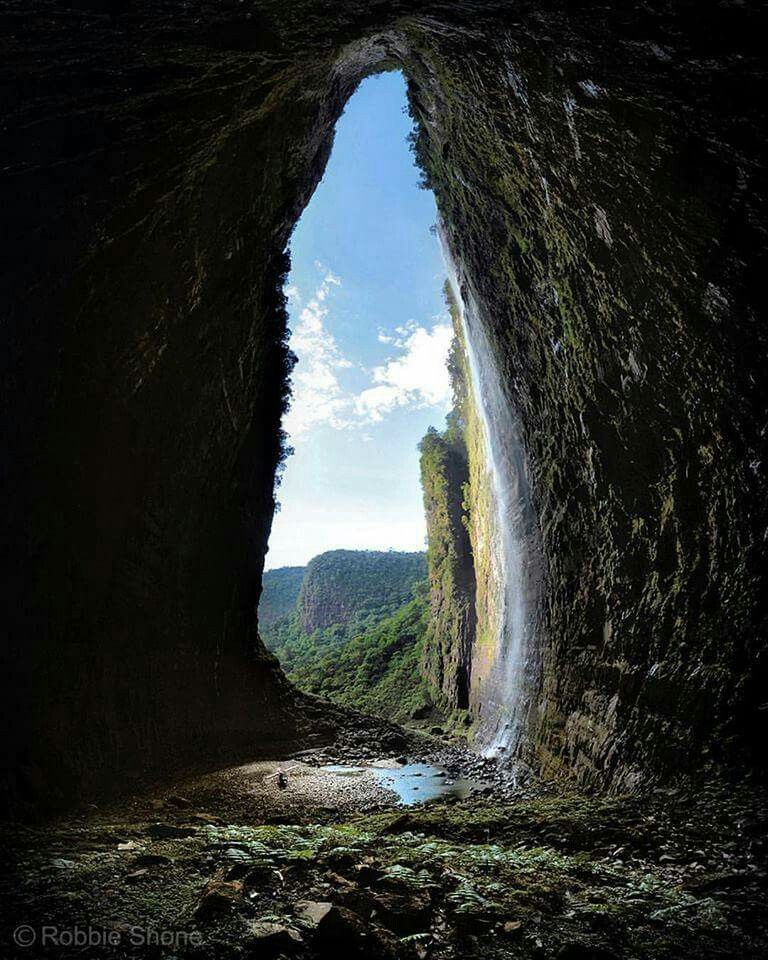 Cueva del Fantasma ("Cave of the Ghost" in Spanish) is a... - Secret World

Cueva del Fantasma ("Cave of the Ghost" in Spanish) is a giant cave in southern Venezuela, located in one of the most biologically rich, geologically ancient parts of the world, along the slopes of Aprada-tepui. Large enough for two helicopters to land in the cave, the report from Zootaxa is said to be the first photographic evidence of such an immense cave. However, experts note, it is not technically a cave, but rather a collapsed, steep gorge Located in a remote region, this spectacular waterfall comes down from its wall forming a pond at the floor and making the image of the cave even more surreal.