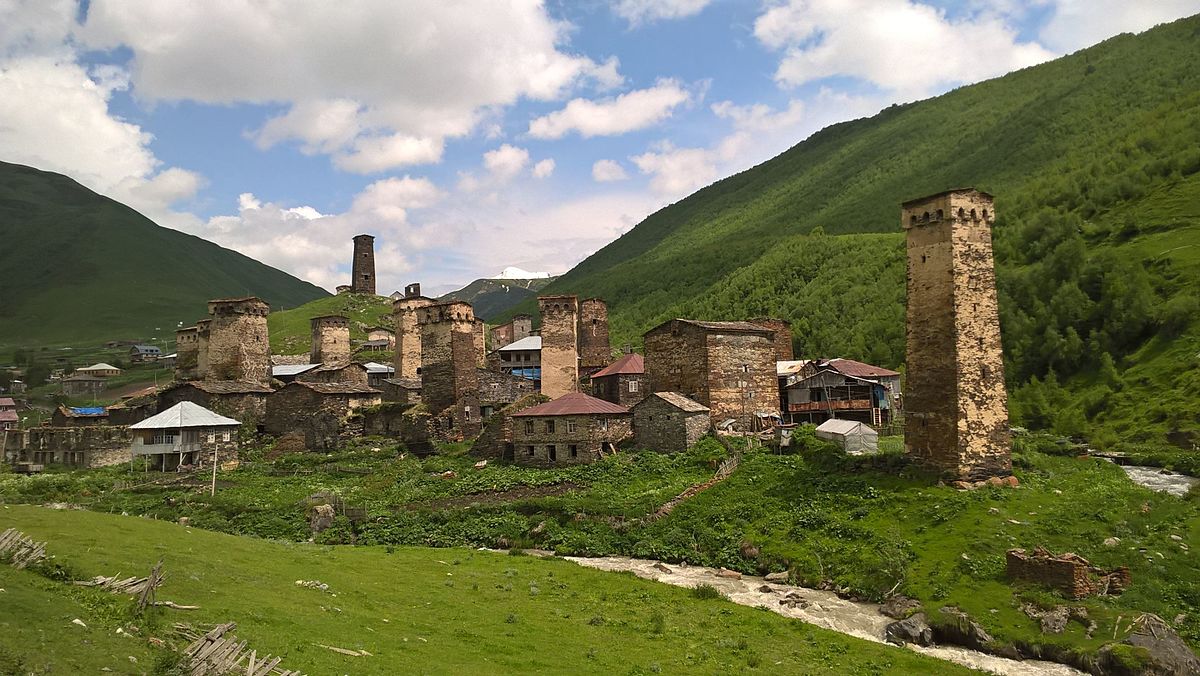 Preserved by its long-lasting geographical isolation, the mountain landscape of the Upper Svaneti region is an exceptional example of mountain scenery with medieval villages and tower houses. The property occupies the upper reaches of the lnguri River Basin between the Caucasus and Svaneti ranges. It consists of several small villages forming a community that are dominated by the towers and situated on the mountain slopes, with a natural environment of gorges and alpine valleys and a backdrop of snow-covered mountains. The most notable feature of the settlements is the abundance of towers. The village of Chazhashi in Ushguli community, situated at the confluence of the lnguri and Black Rivers, has preserved more than 200 medieval tower houses, churches and castles. The land use and settlement structure reveal the continued dwelling and building traditions of local Svan people living in harmony with the surrounding natural environment.These towers usually have three to five floors.