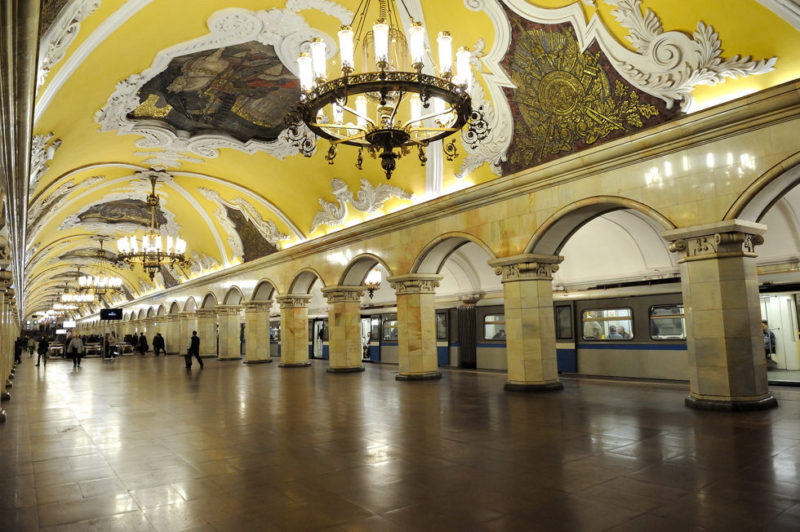 The Moscow Metro is known all over the world for being t... - Secret World

The Moscow Metro is known all over the world for being the largest underground museum. Many of the stations were luxuriously designed and decorated by leading Soviet artists and sculptors in the Stalinist Empire style as a demonstration of the power and wealth of the Soviet Union. At the center of the map of Moscow’s metro system there is a ring line, consisting of 12 stations with continuously running trains that circle the heart of the city. This line was constructed following the Second World War, and the decoration glorifies the military might of the Russian people. Almost every station has architecture of cultural significance. In order to experience the art, you only need to enter the metro one time. As you ride around the ring line, exit the metro car, take some time to view the art and architecture at each stop and, without transferring or exiting the station, get on the next train until you reach the next stop.