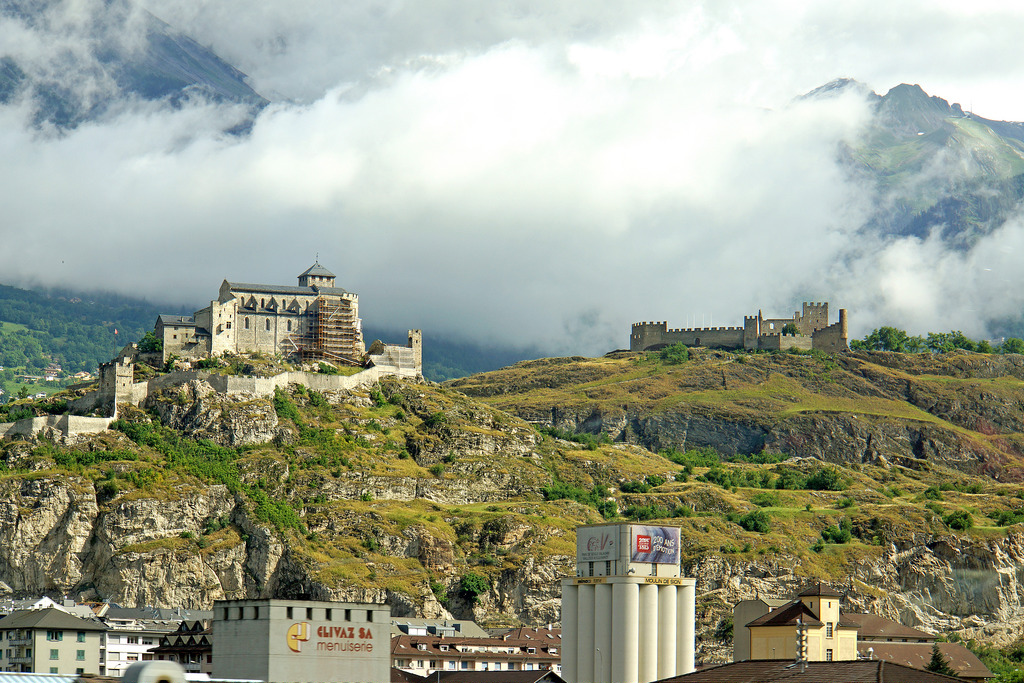 Sprawled out along the crest of a rocky peak overlooking... - Secret World

Sprawled out along the crest of a rocky peak overlooking the city of Sion, the ruins of Tourbillon Castle date back to the 13th century. Built during a time when the Roman Catholic Church held sway in the southern region, Tourbillon Castle served as the residence for the Bishop of Sion. Although the castle was laid to ruin by a fire in 1788, a 15th century chapel ornamented with frescoes survived the blaze. The climb up to Tourbillon Castle is steep, but the stunning views offered from the battlements make the trek well worth the effort.