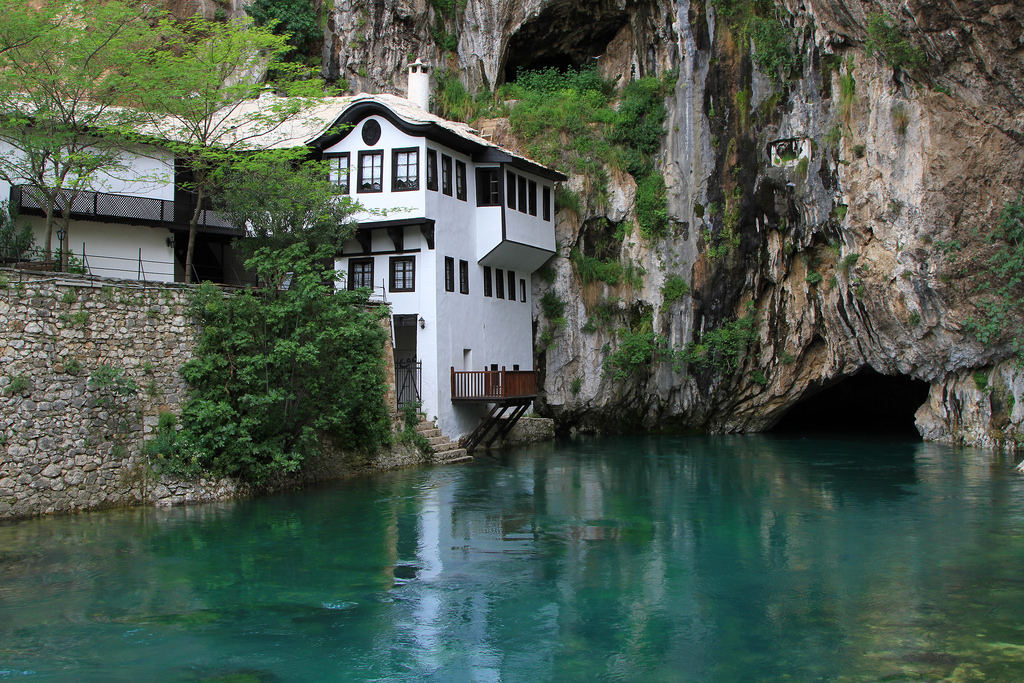 Sufism is the inner mystical dimension of Islam.Practiti... - Secret World

Sufism is the inner mystical dimension of Islam.Practitioners of Sufism often belong to different orders formed around a grand master referred to as a Mawla who maintains a direct chain of teachers back to the Prophet Muhammad. These orders meet for spiritual sessions (majalis) in meeting places known as tekke. Tekkes had a very active social role, and they encouraged science, art, humanitarian work as well as with the spread of Islam.Several different Dervish orders have lived in the Blagaj Tekke including the Bektashi, Halveti, Kaderi and now Naqshbandi.No whirling dervishes here – it is the Dervishes of the Mevlevi order that spin in the “Sema” dance where they pass into a state of meditation in which they praise God. The Blagaj Tekke was created between 1446 and 1520 and has had a tumultuous history to its reconstruction and tourist attraction today. It was first mentioned in a 1664 Travelogue by Evliya Çelebi on his travels. By the 1800’s, the Austrian-Hungary regime had all Tekke’s shutdown. The next record comes in 1851, when at the request of Achik-pasha, Omer-pasha Latas (Ottoman General) had the Tekke reconstructed including two musafirhanas (charity houses for guests) to be used for the accommodation of travelers.In the 1900’s the Tekke was destroyed by both rock slides (1949 & 1951) restored and then in 1952, the dervishes were expelled from the Tekke under Communist rule.Finally in 2012, formal restoration was carried out by the Turkish travel agency Fidan Tours