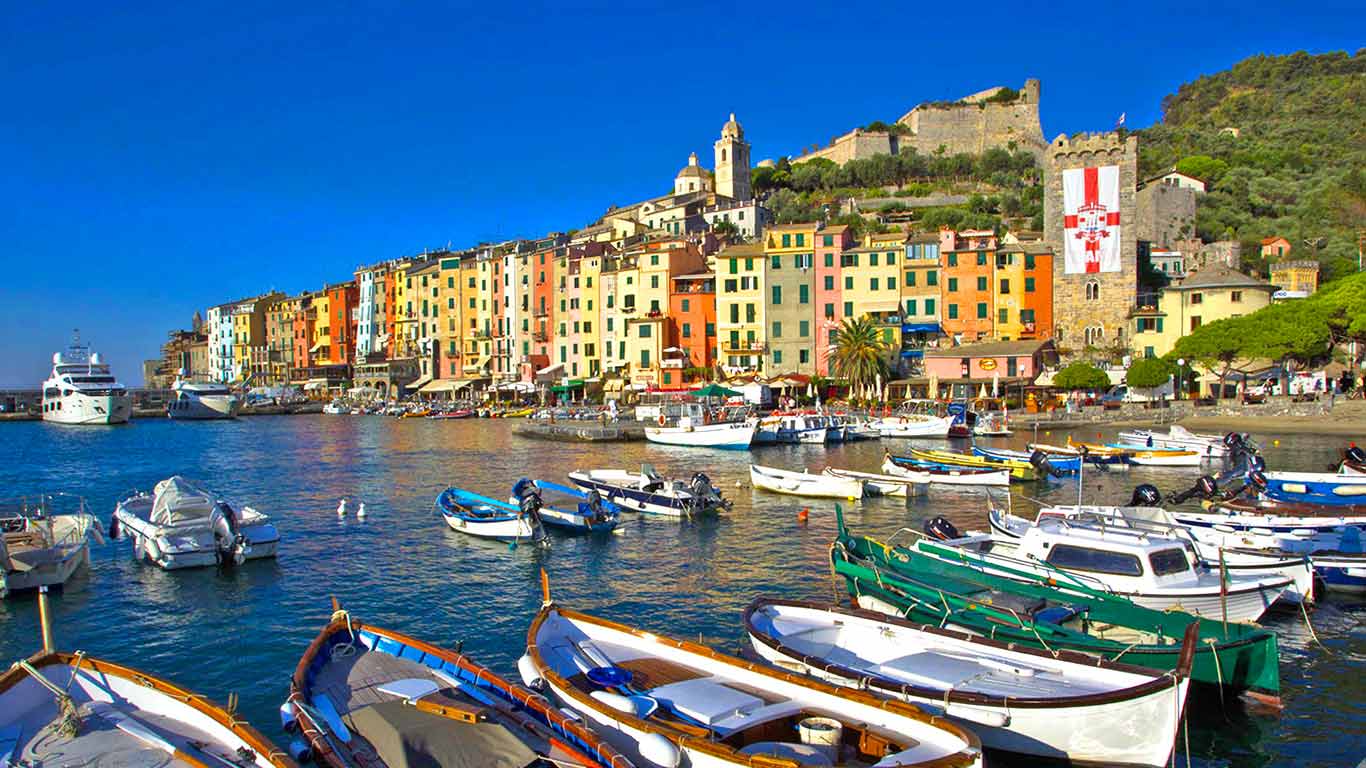 The five Cinque Terre coastal villages to the north are better known, but are also increasingly overrun, making Portovenere (not unlike a sixth Cinque Terre village – but, crucially, with no railway access) a pretty and far more peaceful option, according to Tim Jepson. Portovenere, a small town,is one of the most beautiful places on the west coast of Italy. In 1997 Portovenere and the villages of Cinque Terre were designated by UNESCO as a World Heritage Site. It is famous for its beautiful places: old castle, houses, churches and picturesque islands with numerous caves.