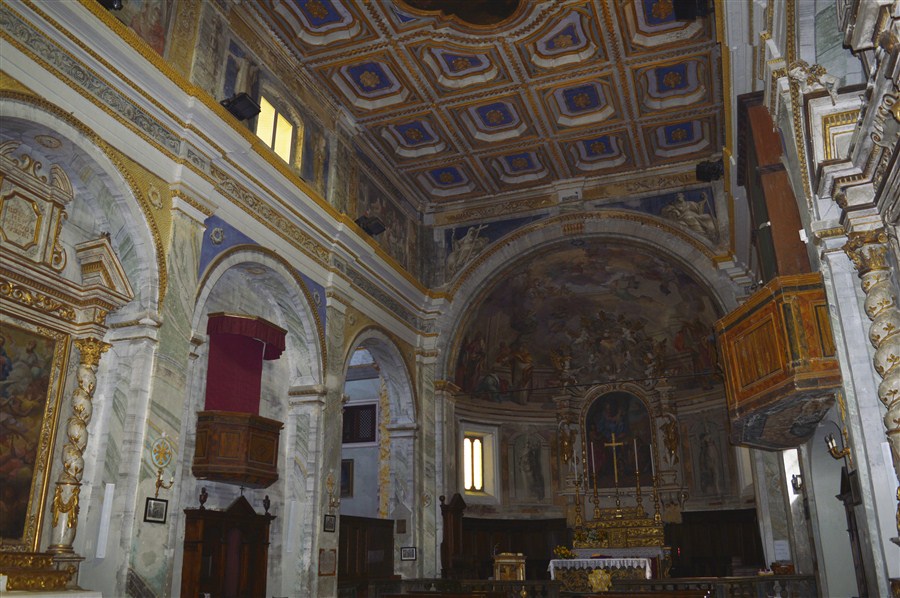 The collegiate of “St. Mary of the Assumption” dates bac... - Secret World

The collegiate of “St. Mary of the Assumption” dates back in terms of style and of its current aspect to the second half of the 1600. It represents the extension of a lower 14th century church, without the current apse and the side chapels. It has been called “Church of St. Mary of the Assumption (in the heaven) until when, for convenience of the population, succeeded as parish church to the ancient “parish church”, that gave it its Holders, the privilege of having an Episcopal See and a college of Canons. Since then it took the name of “Church of St. Gregorio” or “Collegiate”. In 1661 it was restored by the canon Giovanni Pazzaglia and assumed the present shapes. The building, with a Latin cross plant, has a unique aisle with an extraordinary wooden ceiling. Its interior hosts the “Nuns’ Chapel”, so called for the adjacent convent of the Clares. They preserve the Holy Thorn (donated to the population of Montone da Carlo, son of Braccio Fortebracci and displayed to the public only on Easter Monday and on the penultimate Sunday of August of each year). The church is rich with frescoes and canvasses, such as “The Last Supper”, an artwork by the Flemish Calvaert located above the sacristy’s door. The vault’s fresco, instead, has been made by Giovanni Parenti, leader of the Florentine Academy. It dates back to the first half of the 1700 and represents the apostles waiting for the descent of the Holy Spirit.