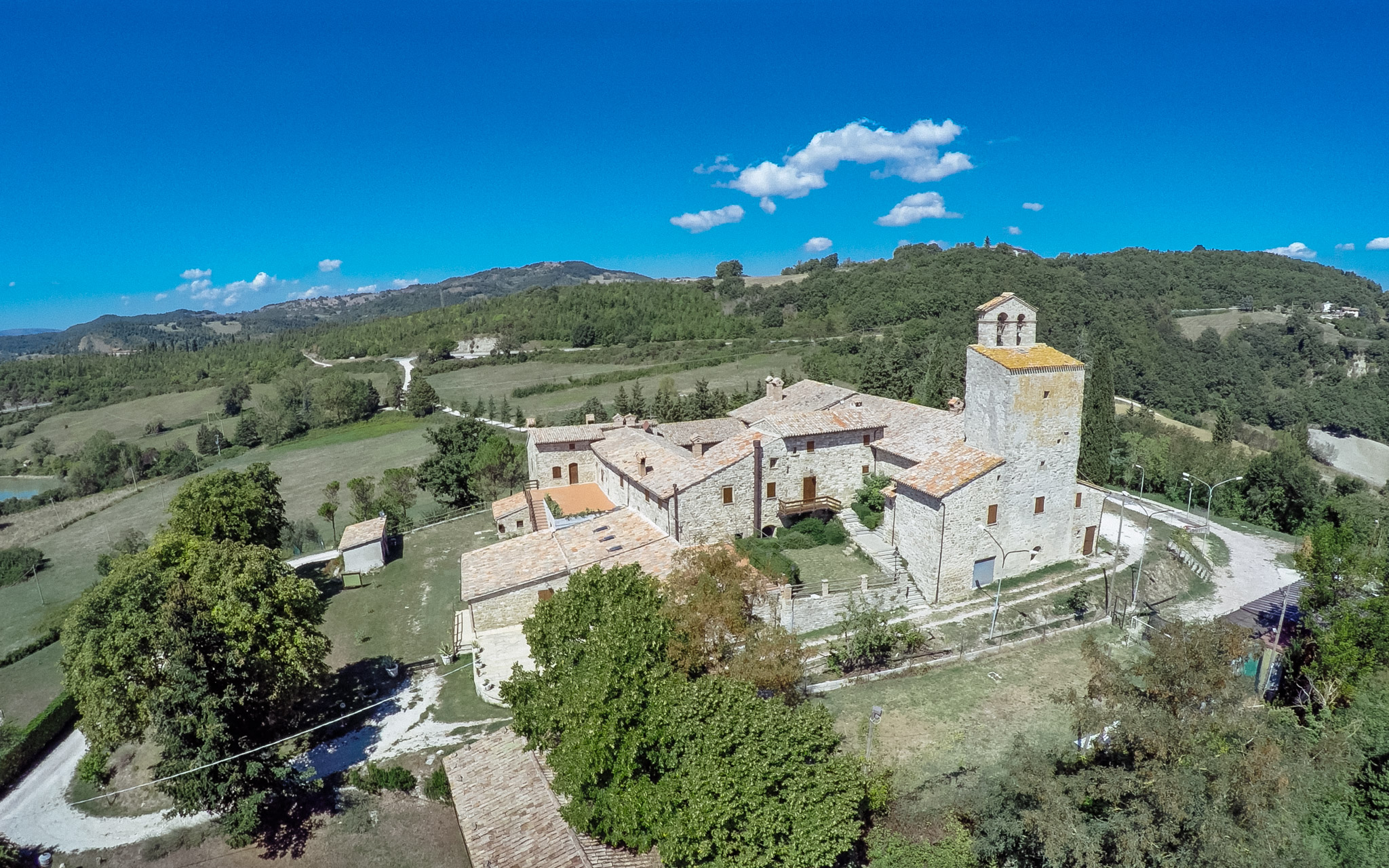 The abbey of Vallingegno lies atop a hill a few miles from Gubbio, enshrined in the beautiful nature of the Umbrian countryside. The exact date of its founding is unknown, but the abbey is mentioned in the "Legenda Sancti Verecundi" which dates from the 7th century and tells of the martyrdom of a young knight who converted to the Christian faith. The abbey, which possibly originated as a temple to the Pagan god Genio – hence the Latin name Vallis Genii – was occupied by Benedictine monks for nearly four centuries, and remained a flourishing centre until the time of its suppression, around 1442. The current complex is composed of the church, the monastery, and a brickwork bell-gable. The interior of the single-nave church still preserves traces of the preceding structures, particularly in the square-plan crypt which holds some column capitals sculpted following styles which date from before the 11th century. The crypt's groin-vault ceiling is reinforced by a central pillar. Many episodes from the life of Saint Francis are connected to the abbey. The saint's biographers tell, for example, of how Francis sought refuge here after having been attacked near Caprignone; the prior, however, did not receive him well, and the saint was charged with lowly housekeeping tasks. Years later, the abbey's prior went back to Francis to beg for his forgiveness;