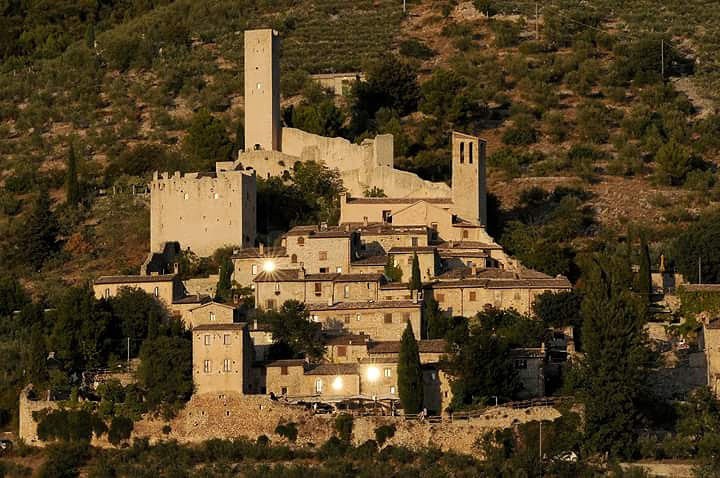 The Castle of Pissignano ... - Secret World

The Castle of Pissignano is a typical example of a hill castle, that dominates the valley, just above the temple and the Clitunno sources. As the castles borned on the hillsides it has a triangular shape, with the high summit and slender tower, beneath which there is another, pentagonal,used in the past as the tower of the parish. The houses are arranged in terraces degrading and still maintain the medieval imprint. Among these, the remains of a building that was once the residence of the feudal lords, are very interesting. The castle was built in the XI and XII, when a Benedictine community decided to surround with walls the small living core of the area. The real defensive structure itself, however, was born thanks to the German Baron Sancho, who came to Italy following the Emperor Conrad II (990-1039).In 1571 in Pissignano was established the headquarters of the papal post. Unfortunately, in June of 1799 the castle was ravaged by French troops, who sacked the entire community, taking away everything was inside the church of San Sebastiano. Since 1860 it is part of the municipality of Campello sul Clitunno, and during the Fascist period was site of a concentration camp.