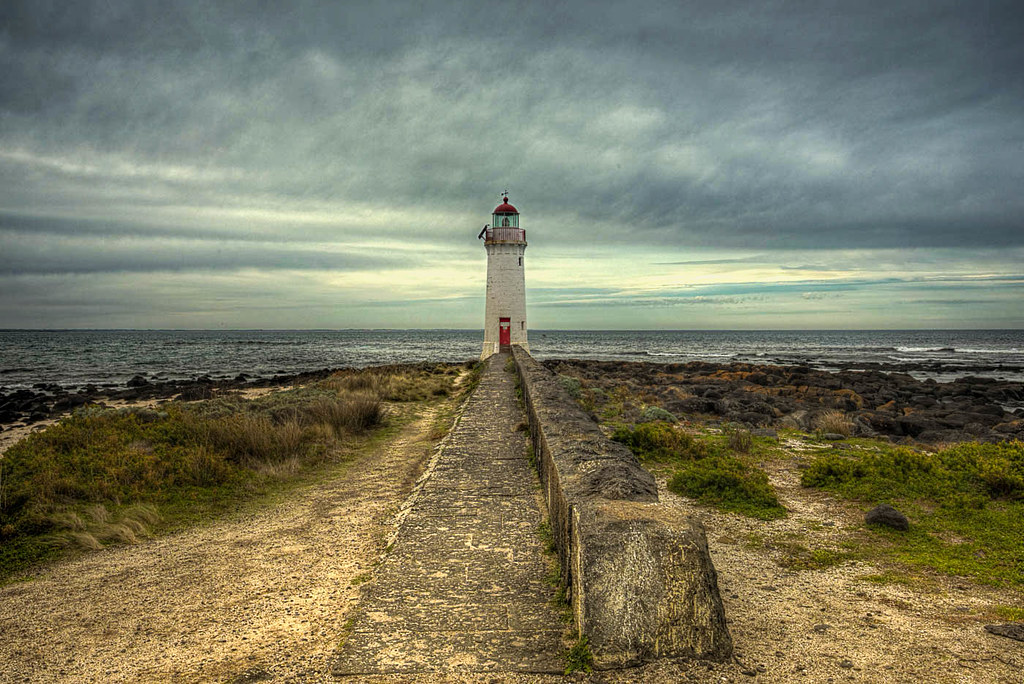 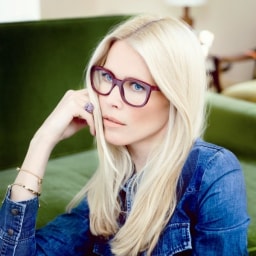 The Port Fairy Lighthouse was built in 1859 on what was then Rabbit Island. This later became part of Griffith Island. The light is 41 feet above high watermark and its visibility to seaward is 12 miles. The original working drawings provided for six stone steps from the natural basalt base rock to the entrance door level. Because of the south-westerly gales which send huge seas crashing onto the area, the causeway and wall were built to provide safer access.The construction of the tower is worthy of note. With each course of blocks in the wall, a long slab was inserted to protrude towards the centre of the tower. Thus it is that the stairway is in fact part of the wall. Note the magnificent spiral sweep on the underside of the stairway. The Keepers' houses were demolished in the 1950s.